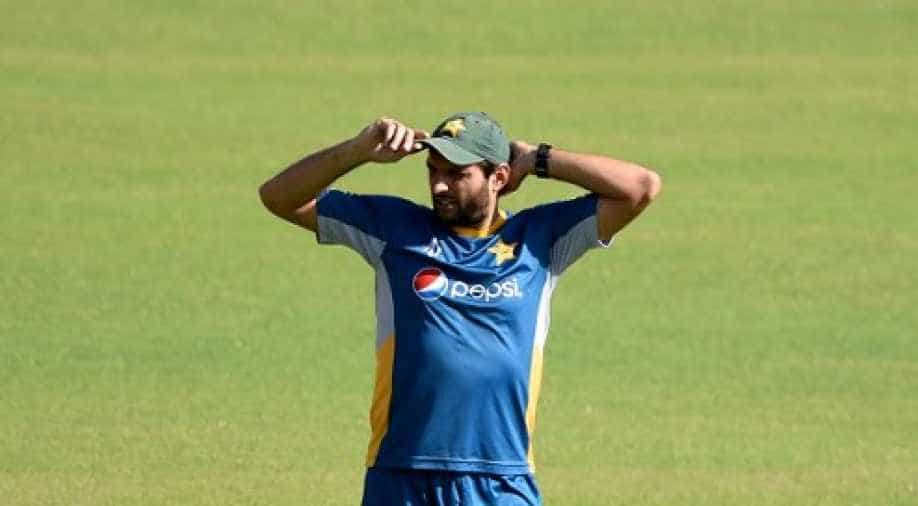 Maverick cricketer Shahid Afridi has a huge fan base both in Pakistan and India. Photograph:( AFP )

Pakistani cricketer Shahid Afridi came out in support of an Indian student who was arrested for wearing jersey bearing his name.

Twwnty one-year-old Ripon Chowdhury was arrested in the northeastern state of Assam when he turned up at a local cricket tournament wearing the Afridi shirt.

Acting on the complaint of an angry Hindu nationalist group, Chowdhury was arrested by the police, although unnamed sources in the police department said he was immediately granted a bail. Police, however, refused to confirm whether he was booked for obscenity in a public place.

Afridi on Wednesday expressed his dismay at the incident, calling it "shameful" for arresting a person for such reasons.

"It was shameful to arrest a fan for wearing my shirt. Such incidents don't suit civilised people," said Afridi, who has a huge fan following in the Indian subcontinent.

Afridi has been popular among cricket-watchers for his cavalier attitude while batting. Known to be a big-hitter of a cricket ball, the Pakistani long held the record for hitting the fastest hundred in an international cricket match.

He also weighed in on the rising enmity between India and Pakistan, insisting that "sports and politics should be kept apart and such incidents go against the principles of sportsmanship".

Afridi has previously expressed his love for his supporters in India, going as far as to say that the Indians showered him with more love than his Pakistani fans.

Tensions have mounted between the two South Asian nations after four gunmen launched a deadly attack on an Indian army installation in September 18.