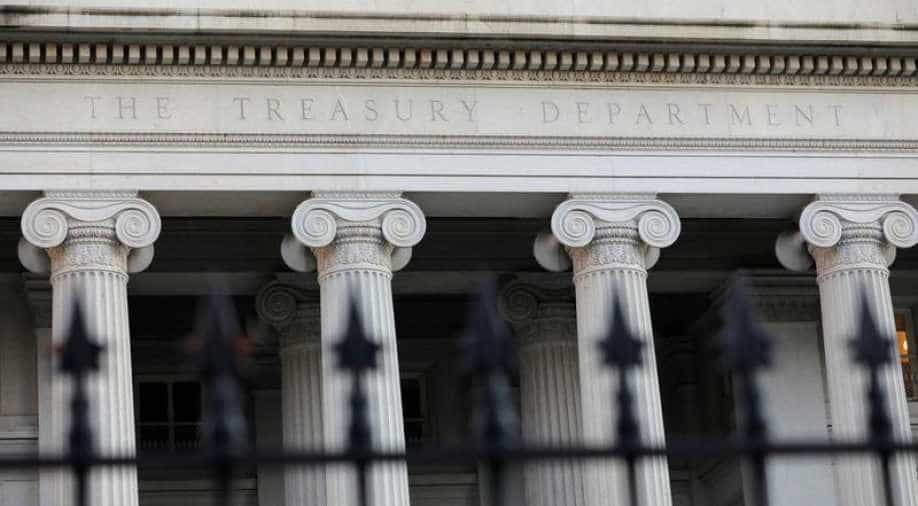 The reports are based on leaked suspicious activity reports (SARs) filed by banks and other financial firms with the US Department of Treasury's Financial Crimes Enforcement Network (FinCen).

Several global banks moved large sums of allegedly illicit funds -- to the tune of $2tn -- over a period of nearly two decades, despite red flags about the origins of the money, several media reports said on Monday (IST).

The reports are based on leaked suspicious activity reports (SARs) filed by banks and other financial firms with the US Department of Treasury's Financial Crimes Enforcement Network (FinCen).

Leaked documents also show how Russian oligarchs have used banks to avoid sanctions that were supposed to stop them getting their money into the West. They have exposed similar secret deals, money laundering and financial crime.

The SARs, which the reports said numbered more than 2,100, were shared with the International Consortium of Investigative Journalists (ICIJ) and other media organisations.

The FinCEN files contain a 20-page “intelligence assessment” on the mirror network and list 54 shell companies that moved billions of dollars annually from Russia through European securities markets to other jurisdictions beginning as early as 2011.

In all, the ICIJ reported that the files contained information about more than $2 trillion worth of transactions between 1999 and 2017, which were flagged by internal compliance departments of financial institutions as suspicious. The SARs are in themselves not necessarily proof of wrongdoing, and the ICIJ reported the leaked documents were a tiny fraction of the reports filed with FinCEN.

At least 44 Indian banks figure in the FinCEN Files primarily because they are “correspondent banks” to the foreign banks which have filed these SARs. Key in this list are Punjab National Bank, Kotak Mahindra, HDFC Bank, Canara Bank, IndusInd Bank and Bank of Baroda, among others.

The SARs provide key intelligence in global efforts to stop money laundering and other crimes. The media reports on Sunday painted a picture of a system that is both under-resourced and overwhelmed, allowing vast amounts of illicit funds to move through the banking system.

A bank has a maximum of 60 days to file SARs after the date of initial detection of a reportable transaction, according to the Treasury Department's Office of the Comptroller of the Currency. The ICIJ report said in some cases the banks failed to report suspect transactions until years after they had processed them.

The SARs also showed that banks often moved funds for companies that were registered in offshore havens, such as the British Virgin Islands, and did not know the ultimate owner of the account, the report said. Staff at major banks often used Google searches to learn who was behind large transactions, it said.

Among the types of transactions highlighted by the report: funds processed by JPMorgan for potentially corrupt individuals and companies in Venezuela, Ukraine and Malaysia; money from a Ponzi scheme moving through HSBC; and money linked to a Ukrainian billionaire processed by Deutsche Bank.

"I hope these findings spur urgent action from policymakers to enact needed reforms," said Tim Adams, chief executive of the trade group Institute of International Finance, in a statement. "As noted in today's reports, the impacts of financial crime are felt beyond just the financial sector – it poses grave threats to society as a whole."

In a statement to Reuters, HSBC said "all of the information provided by the ICIJ is historical." The bank said as of 2012, "HSBC embarked on a multi-year journey to overhaul its ability to combat financial crime across more than 60 jurisdictions."

Standard Chartered said in a statement to Reuters, "We take our responsibility to fight financial crime extremely seriously and have invested substantially in our compliance programmes."

BNY Mellon told Reuters it could not comment on specific SARs. "We fully comply with all applicable laws and regulations, and assist authorities in the important work they do," the bank said.

JPMorgan said it has "thousands of people and hundreds of millions of dollars dedicated to this important work." "We have played a leadership role in anti-money laundering reform," the bank said in a statement.

In a statement on Sunday, Deutsche Bank said the ICIJ had "reported on a number of historic issues." "We have devoted significant resources to strengthening our controls and we are very focused on meeting our responsibilities and obligations," the bank said.

FinCen said in a statement on its website on September 1 that it was aware that various media outlets intended to publish a series of articles based on unlawfully disclosed SARs, as well as other documents, and said that the "unauthorised disclosure of SARs is a crime that can impact the national security of the United States."

FinCEN has also uncovered a web of transactions of a flourishing money laundering network, purportedly run by Pakistani national Altaf Khanani who is also said to have been a key financier for fugitive terrorist Dawood Ibrahim.

Khanani was arrested at the Panama airport -- on September 11, 2015 -- following a trans-continental undercover operation, and put behind bars in a Miami prison. His detention ended in July 2020.

He was to be handed over to US immigration authorities for deportation. But there has been no recent update on whether he has been deported to Pakistan or the UAE.

The arrest of Khanani was seen as a breakthrough by Indian intelligence agencies given the Dawood Ibrahim connection.

Also, Lashkar-e-Toiba and Jaish-e-Mohammed -- specifically mentioned by the OFAC as terror organisations -- have been being funded by him.

This is also where Indian links emerged in the functioning of the Altaf Khanani laundering operation. A scrutiny of transactions of Mazaka General Trading show it traded with a New Delhi-based company, Rangoli International Pvt Limited. This company, dealing in wholesale trade and garment exports, was set up in 2009.

The FinCEN Files have around 70 transactions listed for Rangoli International, mostly with UAE-based entities with the remittances being routed through several Indian banks: the Punjab National Bank, Central Bank of India, Oriental Bank of Commerce, Corporation Bank, Vijaya Bank and Bank of Maharashtra.

Records of the Registrar of Companies (RoC) show that Rangoli International witnessed a sharp deterioration and decline in profitability in the year ending March 2014 and incurred a loss of Rs 74.87 crore over a sales revenue of Rs 339.19 crore. The company has not held an annual shareholders meeting since 2015, the year it also filed its last balance sheet.