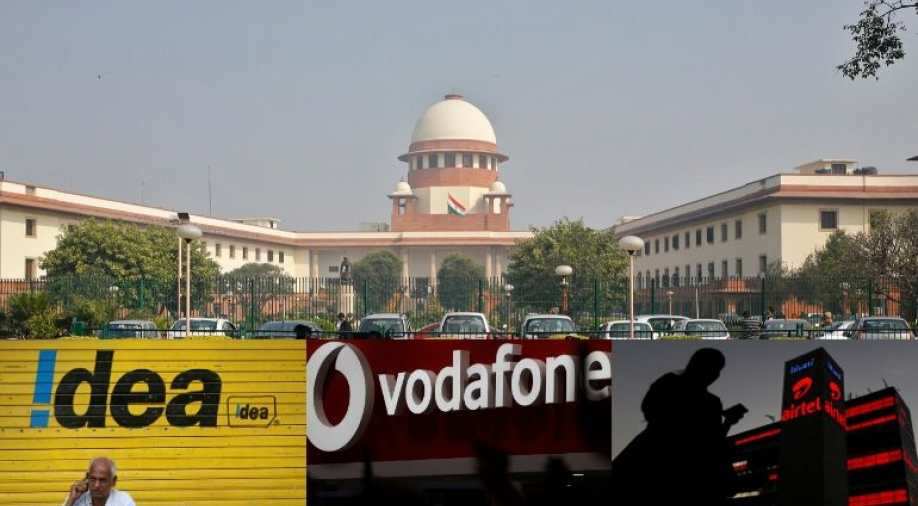 The telecom department officials will meet on Tuesday to discuss whether or not the bank guarantees should be encashed, as none of the telcos has paid the full payment.

After a Supreme Court rap for missing payment deadline, top telecom firms Bharti Airtel, Vodafone Idea and Tata Teleservices on Monday scrambled to pay a part of the outstanding dues even as the apex court refused to stop the government from taking coercive action for any further delay in clearing full dues.

While Airtel paid Rs 10,000 crore, Vodafone Idea Ltd put in Rs 2,500 crore and promised to pay another Rs 1,000 crore before the end of the week. Tata Teleservices Ltd paid Rs 2,197 crore, the entire outstanding it believes to have arisen after the October 24 ruling of the apex court for calculating dues after adding non-telecom revenues.

The Department of Telecommunications (DoT), which was last week rapped on the knuckles for ordering no coercive action even after telcos missed the January 23 payment deadline set by the Supreme Court, is mulling the option of encashing bank guarantees given by firms when they got telecom licences, sources said.

Encashing of the bank guarantees may sound the death knell for companies such as Vodafone Idea Ltd which has been struggling to garner the dues.
In a related development, the telecom companies started disputing the DoT estimate of the due amount and indicated they will pay as per their 'self-assessment'.

The telecom department officials will meet on Tuesday to discuss whether or not the bank guarantees should be encashed, as none of the telcos has paid the full payment.

Sources said that the option of encashment of bank guarantees is being considered and that "nothing is off the table". A decision on the matter may be taken on Tuesday, the source added.

Separately, Reserve Bank of India (RBI) Governor Shaktikanta Das in an interview to PTI said that the central bank is "very closely monitoring" the fallout of the crisis on lenders.

In the Supreme Court, senior advocate Mukul Rohatgi, appearing on behalf of Vodafone Idea, urged for no coercive action after the initial payment of Rs 2,500 crore is made by the end of the day and another Rs 1,000 crore by Friday. The apex court rejected the plea, giving room to DoT to take coercive action including encashment of the bank guarantees.

A financial bank guarantee is equal to two quarters of licence fee and other dues. This amount could be in the range of Rs 5,000 crore for Airtel and Vodafone Idea.

Meanwhile, Oil Minister Dharmendra Pradhan on Monday said he believes non-telecom PSUs are not covered by the Supreme Court order that asked telecom licence holders to pay statutory dues after including non-telecom revenues.

The government's demand from such companies was many times more than their net worth.

"The DoT has served notice to government oil companies due to some communication gap. We have placed our side after doing all legal consultations," Pradhan said adding telecom was not a core business for these PSUs.

The Supreme Court last week rejected a plea by mobile carriers such as Bharti Airtel and Vodafone Idea Ltd for extension in the payment schedule and asked them to deposit an estimated Rs 1.47 lakh crore in past dues for spectrum and licences. It threatened to initiate contempt proceedings against top executives of these firms for non-payment.

Some telecom firms are already struggling with mounting losses and debt and the additional liability has raised concerns of them defaulting on existing loans.

Of the estimated dues that include interest and penalty for late payments, Airtel and Vodafone Idea owe about 60 per cent.

While Airtel on Monday paid Rs 10,000 crore out of the Rs 35,586 crore dues that DoT thinks the company owes to the government, Vodafone Idea paid Rs 2,500 crore and promised to pay another Rs 1,000 crore by Friday to clear a part of the DoT estimated dues of Rs 53,000 crore.

Airtel said it will clear the remaining dues before the next date of hearing on March 17 but Vodafone Idea has so far not provided a clear deadline for making further payments.

"Tata Teleservices Ltd and Tata Teleservices (Maharashtra) Ltd have made a payment of Rs 2,197 crore to the DoT towards license fee and spectrum usage charges," the company said in a statement.

The payment is to settle all its AGR outstanding.

"TTSL and TTML have also submitted to DoT the details of calculations in support of the payment," it said.

In a regulatory filing, Bharti Airtel said it has paid "an amount of Rs 10,000 crore to the DoT" which includes an amount on behalf of Telenor India (the firm which merged with the company) and Rs 500 crore on behalf of Bharti Hexacom Limited, a subsidiary.

"The company is in a process of completing the self-assessment exercise expeditiously and will make the balance payment upon completion of the same, before the next date of hearing in the Supreme Court," it added.

In a separate statement, Vodafone Idea Ltd said its authorised the company to pay Rs 2,500 crore immediately and another Rs 1,000 crore before the end of the week.

"The board will take further stock of the situation to see how further additional payments can be made," the company said in a regulatory filing.