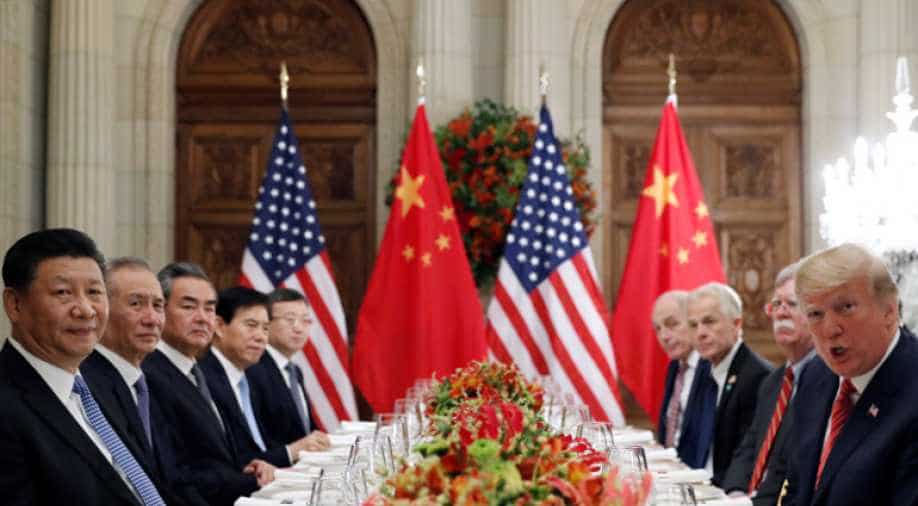 Xi, Trump during their meeting at G20 in Argentina Photograph:( Reuters )

China's commerce ministry said today that it will "immediately" implement measures agreed upon by President Xi and Trump which would give negotiators the 90-day period to resolve all other issues.

President Trump and Xi had reached a consensus during their talks in the G20 summit in Buenos Aries in Argentina calling for a freeze in further tariffs for the next three months.

"Teams from both sides are in contact and cooperating well, we are fully confident that we can reach an agreement in the coming 90 days," Gao said, adding,"the ultimate goal for the 90 days of talks is to remove all the increased tariffs."

President Trump had agreed not to raise the tariffs on $200 billion in Chinese imports to 25 per cent which were set to begin on January 1, leaving it the current 10 per cent level.

The White House has said China had committed to start buying more American products and lifting tariff and non-tariff barriers immediately. Trump had said earlier that China had agreed to roll back tariffs of 40 per cent on cars.

"We have a clear timeline and roadmap for the next 90 days in which both sides will work hard in joint efforts to reach a consensus that coincides with the interests of both sides' and their common demands, with intellectual property, capacity cooperation, market access and trade balance on the agenda."

China also promised to bring down the trade surplus, however, no real numbers have been put out yet by the commerce ministry.