Waste not, want not: Britain gets creative about fighting food waste 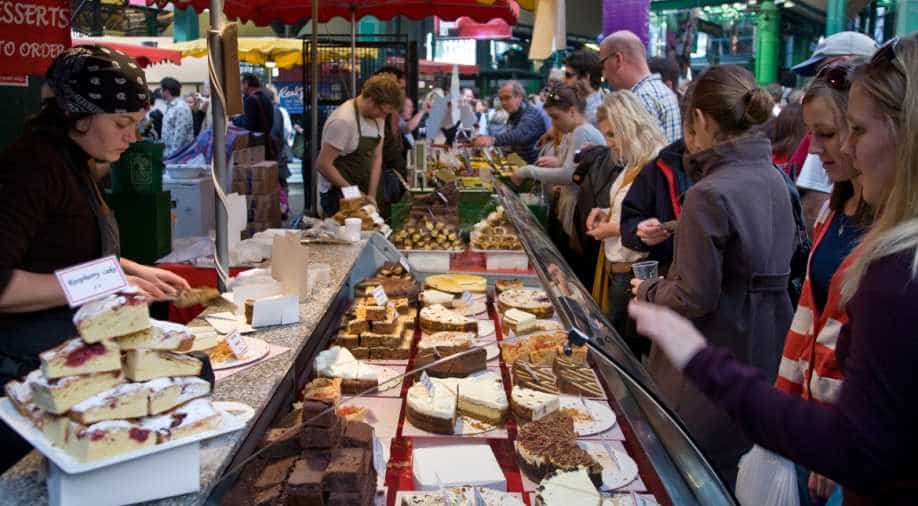 But Britain is beginning to get its act together thanks to a surge in volunteer initiatives that help the poor as well as create a bit of seasonal cheer. Photograph:( Others )

One of Europe's worst offenders on food waste, Britain is beginning to get its act together thanks to a surge in volunteer initiatives that help the poor as well as creating a bit of seasonal cheer.

"That's what I come out for, to have a little chat... It's not only the food," said Bassia Hamech, 76, as she was served a bowl of hot soup in a kitchen in east London run by a charity called FoodCycle.

The kitchen serves up weekly vegetarian lunches to up to 50 people in Hackney, many of whom have health problems or are at risk of social isolation.

One of the volunteers, artist Anne Engel, said the most generous donations come from Turkish greengrocers in the area while big supermarkets are less reliable and today gave only a bag of bread.

"We get them to eat all sorts of wild and wonderful things," said Engel, who brought offerings including mangoes, mint and eggs to a kitchen overflowing with fruit and vegetables destined for scrap.

Teas are swiftly handed out to volunteers and a menu created -- soup, frittata and fruit salad -- and the kitchen team pick out a few furry raspberries and other items which are too old to be used.

"It's about changing the attitudes to food. We get a lot of volunteers who are very frightened of food past its sell by date," Engel said.

2016 has been a landmark year for international campaigners tackling food waste, with both Italy and France passing laws to make it easier for surplus stock to be donated rather than binned.

But Britain has fallen behind its neighbours by failing to legislate on the issue, leaving community groups and new businesses to fill the gap.

Britain wastes around 10 million tonnes of food a year, according to 2016 figures from the charity Waste and Resources Action Programme (WRAP).

The EU as a whole has around 88 million tonnes of annual food waste, according to 2012 estimates.

'A carpet of fruit'

Regular customers at the new crop of recycled food cafes and shops opening up in Britain include environmental do-gooders, as well as the poor and those just looking for some company.

Even the counters of central London cafes filled with high-end coffee and calorific muffins are increasingly making way for products made from salvaged fruit.

A former FoodCycle volunteer, Ben Whitehead, said he has rescued nearly 15 tonnes of fruit since first requesting surplus on a trip to his local market.

"I got offered 12 boxes of really amazing pineapples. I was on my bike! So they looked at me and laughed," he said of his initial encounter with the traders.

After experimenting with different fruits deemed not perfect enough to make it to consumers, Whitehead set up a company in 2015 called SpareFruit that air-dries sliced apples and pears to create crisps.

"If you drive through the orchards you just see a carpet of fruit. Some of it we wouldn't eat, but I would say 90 percent of that fruit is perfectly edible," he said.

Both companies are hoping to further their ambitions in the new year, with plans to make it into the luxury department store Selfridges.

The chance to launch in a high-end food hall shows how much British attitudes have changed, as Whitehead discovered when he asked consumers whether they would eat something that would otherwise be wasted.

"Everyone's response was, 'As long as it's clean and healthy, and fine to eat, why wouldn't we?'"