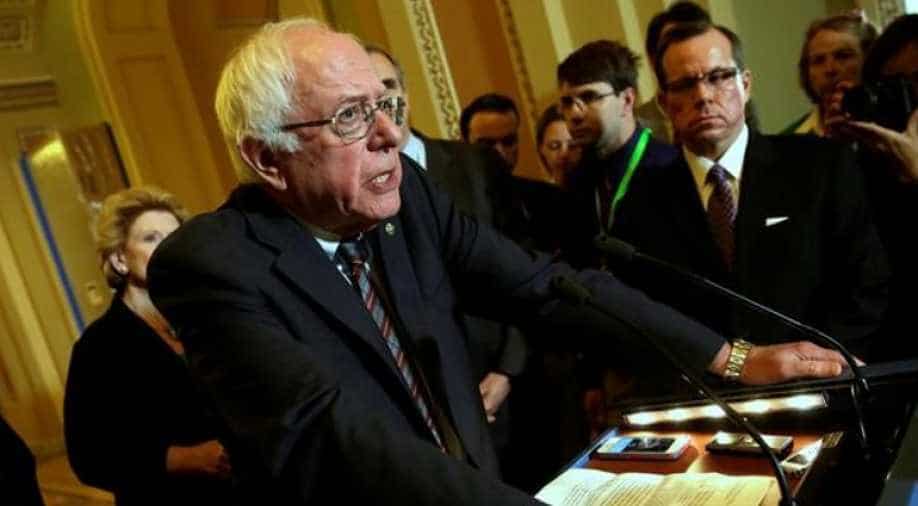 Senator Bernie Sanders talks to the media on the president's FY2018 budget proposal on Capitol Hill in Washington, US, May 23, 2017. Photograph:( Reuters )

Sanders has faced few serious opponents since he was first elected to the state's lone seat in the House in 1990. He moved up to the Senate in 2006.

Vermont's Bernie Sanders has cruised to re-election for his third term in the Senate, easily outpacing eight candidates.

Sanders, the independent who has long been one of the state's most popular politicians, spent little time campaigning ahead of the election.

Sanders has faced few serious opponents since he was first elected to the state's lone seat in the House in 1990. He moved up to the Senate in 2006.

The Republican candidate, Lawrence Zupan, a Manchester real estate broker with experience in international trade, campaigned against what he felt was big government and social welfare programs. But his candidacy never gained traction and his campaign drew little attention.

Rather than focusing on his re-election, Sanders travelled the country to support Democratic candidates and an array of policy issues.

The native Houstonian released a series of Instagram posts with a black and white "Beto" cap partially covering her face on Tuesday afternoon. O'Rourke himself then retweeted one of the pictures under the caption "Thank you, Beyonce."

An El Paso congressman, O'Rourke is trying to become the first Democrat to win statewide office in Texas since 1994. He's drawn the admiration of many celebrities, including Texas country music icon Willie Nelson.