US to get 4 million J&J vaccine by Tuesday; Fauci hopes to vaccinate children by 2021 end 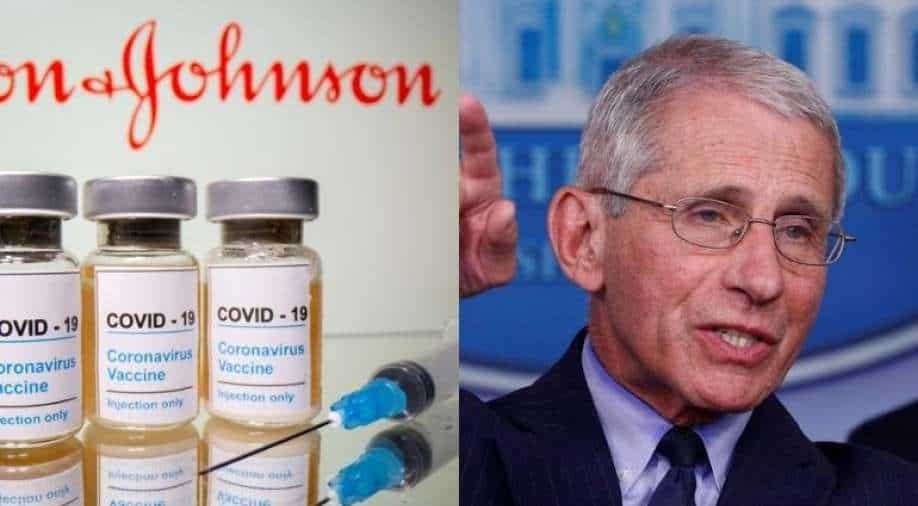 J&J had earlier announced it aims to deliver 20 million doses by the end of March, with 100 million by June

A day after the US authorised Johnson & Johnson's coronavirus vaccine for emergency use, the authorities are now hoping that four million doses of the vaccine will be delivered across the country as early as Tuesday.

The single-shot vaccine is the third one to be authorised by the US' Food and Drug Administration (FDA), after Pfizer-BioNTech and Moderna's vaccine.

"Starting tonight, 3.9 million doses of J&J will be distributed across all channels — states, tribes, territories, and pharmacies and community health centers. Those J&J doses will be delivered as early as this Tuesday morning," a senior administration official said.

The authorities are also hoping to receive at least 16 million doses of the J&J vaccine by the end of this month. "That's the entirety of J&J's current inventory," the official said. "J&J expects to deliver approximately 16 million additional doses by the end of March. So that's a cumulative 20 million."

This vaccine has brought in hopes of ramping up the mass vaccination programme as over 65 million people have already been vaccinated by the Pfizer and Moderna vaccines. The J&J vaccine can make the process faster as unlike the other two, this vaccine only requires single-dose to fight against the deadly coronavirus, including the new variants.

J&J had earlier announced it aims to deliver 20 million doses by the end of March, with 100 million by June — though the US is pushing to expedite that timeline.

Meanwhile, the White House's top pandemic advisor Anthony Fauci, on Sunday, said he hopes that the US can start vaccinating the younger lot of the country by year end of early 2022.

"We now have three really efficacious vaccines," Fauci said in an interview on an American news channel.

If the country is able to start vaccinating children by the end of the year or early 2022, it can help make school reopenings easier as majority of children will then be able to return to offline classrooms, instead of the ongoing virtual classes.

Fauci believes children around the age of 14 to 18 — high schoolers — should be able to get vaccinated by the fall season, while the children between the ages of five and 13 — elecmentary and middle chool children — will not be able to receive the vaccine by early 2022.

"I'm not sure it'll exactly be on the first day that school opens, but pretty close to that," Fauci said.

Meanwhile, former US PResident Donald Trump, in his speech at the CPAC 2021, urged the Biden administration to reopen schools. "On behalf of the moms, dads and children of America, I call on Joe Biden to get the schools open and get them open now," the former reality TV star yelled.