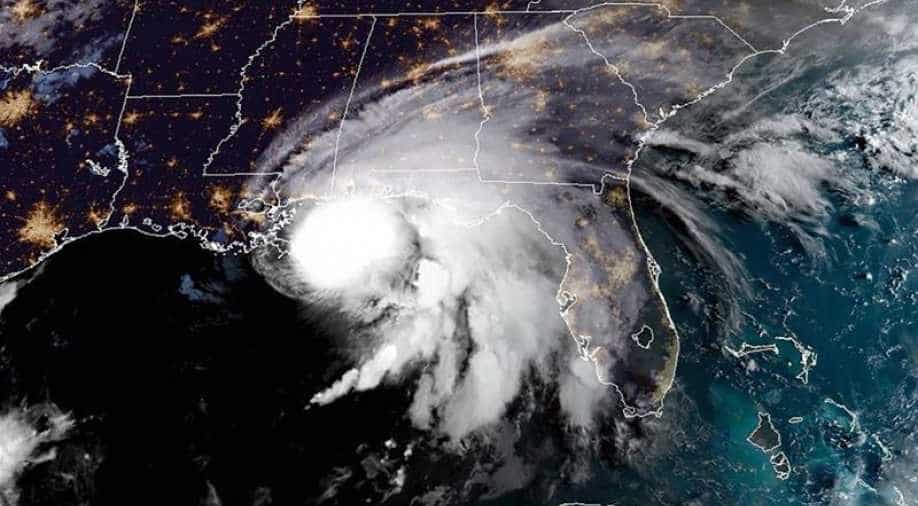 The 2020 hurricane season has seen 23 named storms have formed this year, including one subtropical storm, 14 tropical storms and eight hurricanes.

It's only September, but the US National Hurricane Centre (NHC) has run out of names for 2020 hurricanes and storms -- all thanks to a frenetic season that's still continuing.

This has now forced the centre to name tropical storms and hurricanes with letters from the Greek alphabet.

The NHC first trotted out the Greek alphabet for subtropical storm Alpha. The geographically misplaced storm then promptly sloshed ashore in Portugal.

Tropical Storm Wilfred was the last name on this year's list of 21 Atlantic hurricane names -- only the second time in recorded history that all the names were used. Wilfred was named late Friday morning and was just over 600 miles west of the Cabo Verde Islands, according to the NHC.

There are 21 names available each year. The list ends with those beginning with W and excludes Q, U, X, Y and Z.

This is only the second time National Hurricane Centre forecasters have had to pull out the Greek alphabet for names, with the last time being 2005.

The 2020 hurricane season has seen 23 named storms have formed this year, including one subtropical storm, 14 tropical storms and eight hurricanes.

With another quarter of 2020 remaining, the hurricane centre tweeted the entire 24-letter Greek alphabet, with a red slash through Alpha.

Here are the Greek names for the 2020 Atlantic Hurricane Season for reference. pic.twitter.com/YsrpliN9fF

Meanwhile, Hurricane Teddy, a powerful Category 3 storm with sustained winds of 125 mph, is in the central Atlantic. Teddy is forecast to move north and could approach Bermuda on Sunday or Monday.

On Saturday, subtropical storm Alpha was weakening. But the Texas coast was preparing for Tropical Storm Beta, which was forecast to strengthen into a hurricane.

Beta was brewing in the Gulf of Mexico, 305 miles (495km) east-south-east of Corpus Christi, Texas, and 245 miles (395km) south of Lake Charles, Louisiana, the NH said in an advisory.

In 2005, as many as 27 storms were named, including 15 hurricanes of which four, Emily, Katrina, Rita and Wilma, attained category 5 strength on the Saffir-Simpson scale.