US Election Result 2020: We are on track to win the elections, says Joe Biden 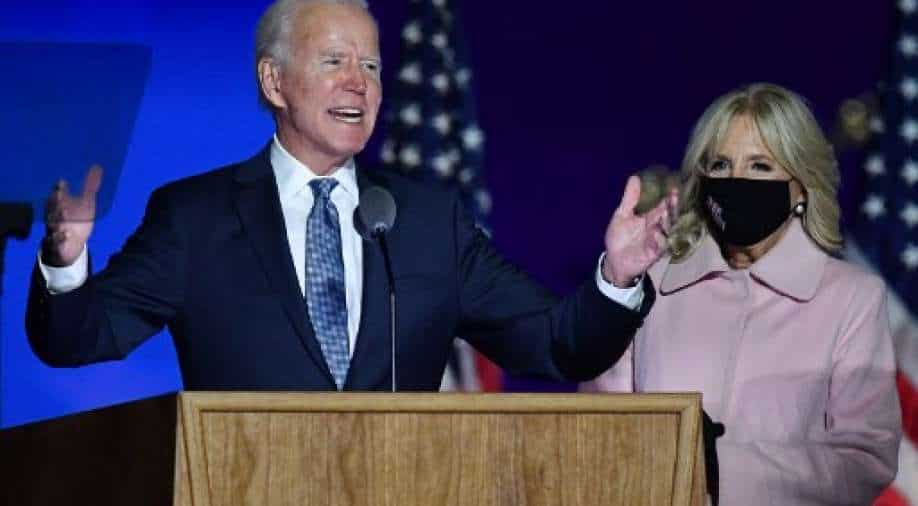 As early results come in, US media has projected Joe Biden to win from New Mexico in the US elections 2020. Biden is also projected to win New Hamshire.

Biden who leads in the exit polls with over 200 electoral votes said that he believed he is "on track" to win the US elections 2020.

"I believe we are on track to win the elections," he said, adding, "I'm optimistic about this outcome."

"We are feeling good about where we are," the Democratic presidential hopeful said.

"We knew because of unprecedented early mail-in votes, we will know till every vote, every ballot is counted."

Also Read: They are trying to steal the elections, alleges Trump

"We are going to win in Pennsylvania."

"We will know the results by tomorrow morning," he said.

US President Trump is set to make a statement later tonight.

According to exit polls by US networks, Biden is set to take Vermont. If the projections come true then, then Trump would win 24 electoral votes with Biden winning 16.

Also Read: How long is this going to take? Americans settle in to wait

According to US media's electoral college projections, Joe Biden is leading with 209 to Trump's 116 votes.