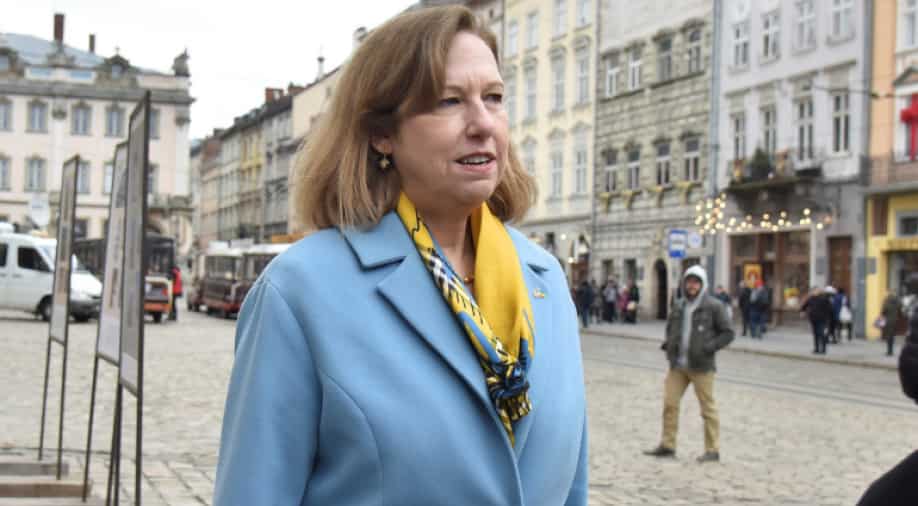 Charge d'Affaires of the US Embassy in Ukraine Kristina Kvien speaks to the media in Lviv Photograph:( AFP )

Kristina Kvien, the United States Charge d'affaires ad interim to Ukraine, on Monday (May 2) said that Washington hopes to return to Kyiv to open its embassy by end of May.

Addressing a press conference in the western city of Lviv, she said "We very much hope that conditions will permit us to go back to Kyiv by the end of the month."

"We listen to the security professionals, and when they tell us we can go back we will go back," she added.

The United States had closed its embassy in Kyiv after Russia launched its invasion of Ukraine on February 24.

Initially, Washington had moved some functions to the western city of Lviv before eventually relocating to neighbouring Poland.

After the meeting, Blinken had said that "We saw mile after mile of the Ukrainian countryside, territory that just a couple of months ago the Russian government thought that it could seize in a matter of weeks, today firmly Ukraine's."

"In Kyiv, we saw the signs of a vibrant city coming back to life, people eating outside sitting on benches, strolling. It was right in front of us, the Ukrainians have won the battle for Kyiv," he added.

With a shift in focus of Russia's attack on Ukraine as a part of its second phase of ''special military operation'', several Western countries have already moved their embassies back to Kyiv.