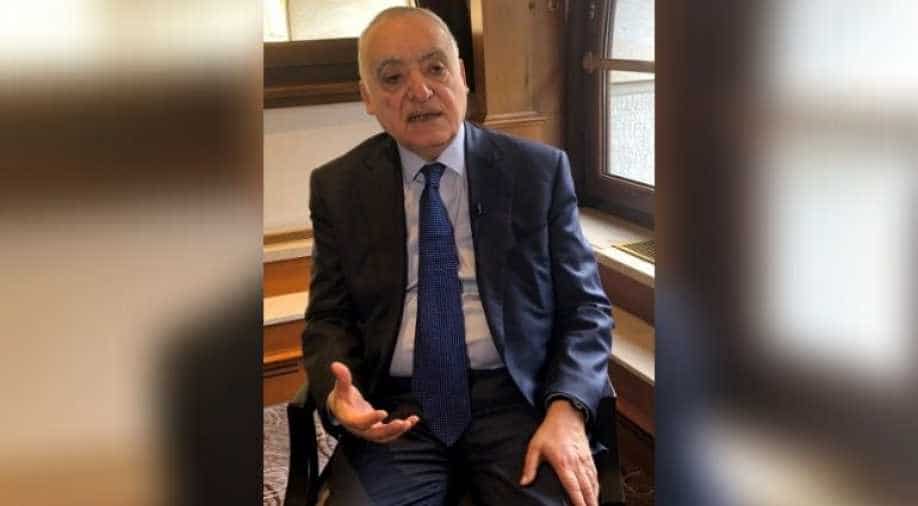 The National Oil Corp (NOC) declared force majeure on oil exports from the eastern ports of Brega, Ras Lanuf, Hariga, Zueitina, and Es Sider, saying the closures would result in the loss of 800,000 barrels (bpd) day in oil output.

The United Nations envoy to Libya said on Saturday he hoped but "could not predict" whether eastern oil ports shut ahead of a Berlin summit aimed at reaching a truce in Libya would be reopened soon.

Oil export terminals across eastern and central Libya were shut on Friday by tribesmen allied to commander Khalifa Haftar, whose Libya National Army (LNA) has been locked in a nine-month war with government forces over control of the capital, Tripoli.

Diplomats see the closures as a power play by the LNA aimed at ramping up pressure ahead of a conference on Sunday in Berlin where Germany wants to push for a lasting truce.

The National Oil Corp (NOC) declared force majeure on oil exports from the eastern ports of Brega, Ras Lanuf, Hariga, Zueitina, and Es Sider, saying the closures would result in the loss of 800,000 barrels (bpd) day in oil output.

UN envoy Ghassan Salame said the summit would likely discuss the closures to avoid them dragging on for weeks or months, like previous seizures of facilities.

"If the thing is not solved between today and tomorrow I expect the issue to be raised, yes," he told reporters in Berlin.

But some 600 tribesmen camping out in front of Zueitina port said they would keep the terminals shut until the east of the country was able to export its own oil, bypassing Tripoli.

"We will not reopen the terminals without any international guarantees," said Osman Saleh, a tribal leader, told reporters at a tent where tribesmen sat drinking tea and listening to defiant speeches.

Oil revenues are booked via NOC in Tripoli and benefit mainly the internationally recognized Tripoli-based government, although though some public servants in the east are also paid.

To get a bigger share the LNA has several times tried to sell oil on its own only to be stopped by the United Nations as this violates an embargo, diplomats say.

Salame said a fair distribution of oil revenues needed to be part of any peace settlement in Libya.

Production in Libya, which was plunged into chaos with the toppling of longtime leader Muammar Gaddafi in 2011, was estimated at 1.3 million bpd last week.

Salame said he hoped Haftar would be willing to consider extending a truce that has largely held for a week despite the two sides failing to sign a deal at indirect talks in Moscow mediated by Russia and Turkey on Monday.

There have been a series of failed conferences and negotiations to stabilize Libya. Haftar and Tripoli-based Prime Minister Fayez al-Serraj are expected to be in Berlin for the summit, although the two are not expected to meet.

The war over Tripoli has been backed by foreign powers with the LNA supported by the United Arab Emirates, Egypt, and most recently Russian mercenaries, and Turkey sending troops and fighters from Syria's civil war to help Serraj.

Salame said he had started the process of a new intra-Libyan dialogue between the rival parliaments in Tripoli and the east, an approach that has failed since 2017.