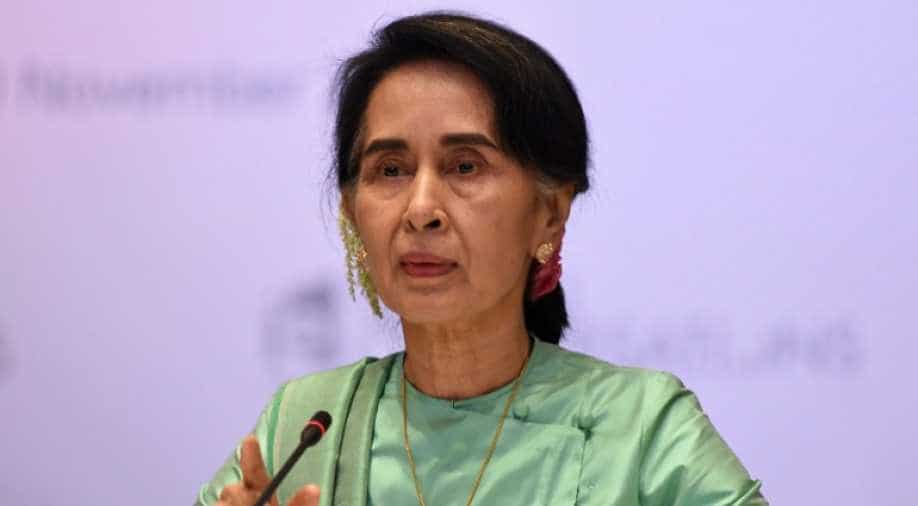 Suu Kyi has faced growing international criticism for not stopping the military's campaign, which has pushed more than 20,000 Rohingya over the border to Bangladesh, bringing with them tales of mass rape, murder and arson. Photograph:( AFP )

The United Nations has urged Myanmar's leader Aung San Suu Kyi to visit the country's northern state of Rakhine and reassure the civilian population of their protection amid accusations against the army of a brutal military crackdown on Rohingya minority.

UN special adviser on Myanmar Vijay Nambiar appealed to the Nobel prize winner to intercede, in a statement released on Thursday.

Suu Kyi, a Nobel peace prize winner, has described the situation as 'under control' and asked the international community to stop stoking the 'fires of resentment'

"The adoption of a generally defensive rather than proactive approach to providing security to the local population, have caused frustration locally and disappointment internationally," he said, news agency AFP reported.

"I also appeal to Daw Suu to visit Maungdaw and Buthidaung and reassure the civilian population there that they will be protected," he added, referring to the locked down area in Rakhine.

Malaysia has accused the military of "genocide". The army has reportedly pushed more than 20,000 Rohingya over the border to Bangladesh and is accused of mass rape, murder and arson. Myanmar officials have denied the charges.

Suu Kyi, who has faced growing criticism for not stopping the military's campaign, said that the situation was "under control". She further asked the international community to stop aggravating the "fires of resentment".

The bloodshed in the country poses the biggest challenge to Suu Kyi's party. Protesters have expressed outrage against the latest crackdown on Rohingyas who have suffered years of abuse and discrimination.

Activists say Buddhist-majority Myanmar's stateless Muslim Rohingya minority are among the most persecuted in the world.

More than 120,000 have been trapped in squalid displacement camps since the last major outbreak of violence erupted in Rakhine in 2012, AFP said.