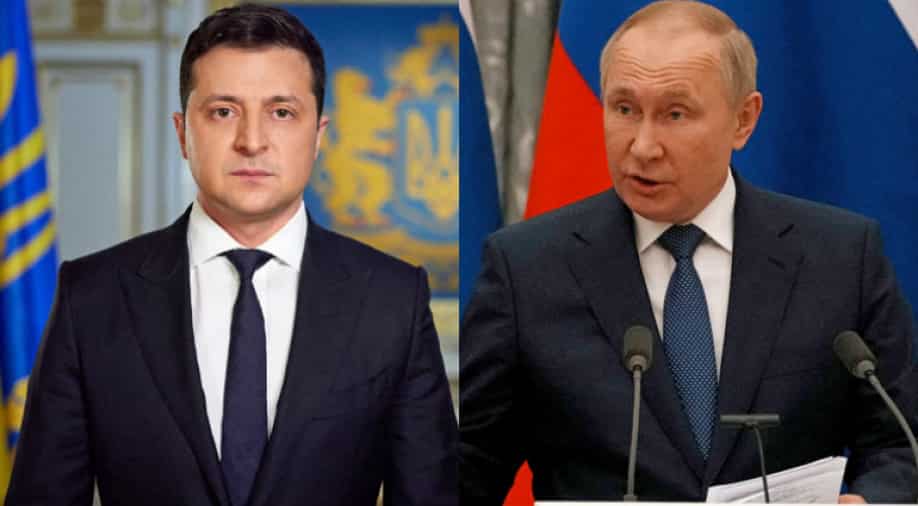 In this combination of file photos, Ukraine's President Volodymyr Zelensky can be seen along with Russian President Vladimir Putin. Photograph:( Reuters )

Defence experts believe that the Ukrainian army has fended off Russia longer than Putin expected and is absorbing the advantages of Western weaponry and training.

Most countries that are a part of the North Atlantic Treaty Organisation (NATO) are supplying both military and humanitarian assistance to Ukraine.

According to US Secretary of Defence Lloyd Austin, “We believe they can win if they have the right equipment, the right support.”

The Pentagon chief has said that the US is "going to keep moving heaven and earth so that we can meet" Kyiv's needs.

With an additional aid of $713 million in foreign military financing for Ukraine, Washington hopes to weaken Russia to such an extent that it will be able to attack any other country.

Dmytro Kuleba, Ukraine's foreign minister, has said, “It will be true to say that the United States now leads the effort in ensuring this transition of Ukraine to Western-style weapons, in arranging training for Ukrainian soldiers.”

Expressing his disappointment, he added “I only regret that it didn’t happen a month or two months ago from the very beginning of the war,” he

Before invading Ukraine, Putin had said he will not tolerate the West's efforts to make Ukraine a de facto member of NATO.

Although Zelensky had initiated the process to join the European Union as well as NATO, it took a backseat after Russia demanded that Ukraine forswear them during the peace talks that took place in Belarus.

Ukraine's prospects for mounting a successful defence have been bolstered by its closeness to NATO which has increased after Russia invaded the country on February 24.