UK PM May says will fight no-confidence motion, her ouster will delay Brexit 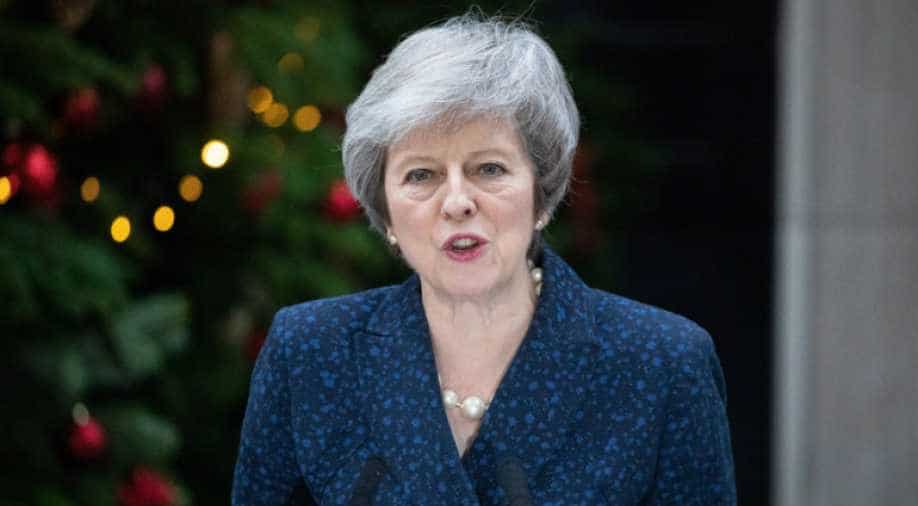 'The new leader will not have the time to renegotiate the withdrawal agreement and get the legislation through parliament by March 29,' May said, referring to the date the UK is officially scheduled to leave the European Union.

The British prime minister said on Wednesday that she would fight a motion of no confidence lodged by a right-wing faction of her own Conservative Party and warned that a change in leadership now would only serve to delay the United Kingdom's withdrawal from the European Union.

Theresa May, the increasingly embattled leader of the minority Tory government, told reporters outside 10 Downing Street that the timing of the bid could imperil the UK's future.

"A change of leadership in the Conservative Party now would put our country's future at risk and create uncertainty when we can least afford it," May said in a hastily scheduled speech outside her official residence.

She said the vote risked handing Brexit decision making to members of the Labour Party opposition, led by Jeremy Corbyn.

"The new leader would not have the time to renegotiate the withdrawal agreement and get the legislation through parliament by March 29," she added, referring to the date the UK is officially scheduled to leave the bloc.

"So one of their first acts would have to be extending or rescinding Article 50, delaying or even stopping Brexit when people want us to get on with it," she added.

An affiliation of conservative lawmakers known as the European Research Group, which has lobbied for a harder Brexit, mounted the leadership challenge after securing the necessary 48 signatures.

May will need the backing of at least 158 conservative Members of Parliament to see off the challenge.

The Tory leader used a speech to underscore her long-term commitment to the party, in which time she has also served as home secretary under David Cameron, the former PM who called the Brexit referendum held in June 2016.

May took the reins of the party when Cameron, who campaigned to remain in the EU (as did May), resigned after UK voters narrowly opted to withdraw from the bloc.

The Tory party, whose parliamentary minority is propped up by a regional Northern Irish party, the hardline DUP, has hit choppy waters as the Brexit date nears.

Last week, the opposition Labour Party successfully passed a motion of contempt of Parliament against the government, forcing the executive to publish legal advice on May's withdrawal plan that it had retained on the claim it would jeopardize the country's negotiating position.

Then, on Monday, May delayed a crucial parliamentary vote on her withdrawal deal as it faced almost certain defeat in the House of Commons, the lower chamber of UK lawmaking.

She embarked on a whistle-stop tour of European leaders to seek clarification on the Irish backstop, a stipulation in the deal that seeks to maintain a soft border between Northern Ireland and the Republic of Ireland in the event of a no deal Brexit.

The PM's last-minute meetings sought to reassure those in her party skeptical about the backstop due to the UK's apparent inability to withdraw from it unilaterally should it ever come into force.

The leadership vote is now expected to take place late on Wednesday.