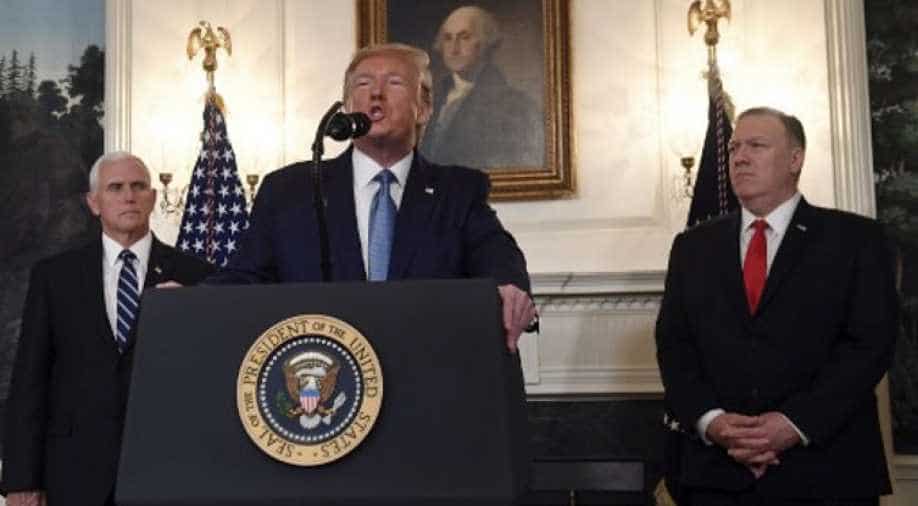 Trump had announced in early October that American forces would withdraw from Syria, paving the way for Turkey to push into the border area against the Kurdish YPG militia.

As Turkey agreed to create a safe zone during a meeting between President Putin and President Erdogan, US President Donald Trump speaking at the White House announced that sanctions on Turkey would be lifted but added that "if Turkey fails to honour its obligations, then we will reinstate sanctions."

"Earlier this morning, the government of Turkey informed my administration that they would be stopping combat and their offensive in Syria and making the ceasefire permanent," Trump said in a televised address at the White House.

Trump had announced in early October that American forces would withdraw from Syria, paving the way for Turkey to push into the border area against the Kurdish People's Protection Units (YPG) militia it considers "terrorists".

"I have instructed the secretary of the Treasury to lift all sanctions imposed October 14 in response to Turkey's original offensive moves against the Kurds in Syria's northeast border region," he added.

"We have secured the oil and, therefore, a small number of US troops will remain in the area where they have the oil," the US president said, adding, "Syria ceasefire has held very well, it has held beyond expectations."

"Turkey must ensure ISIS does not regain territory in the region," Trump stated.