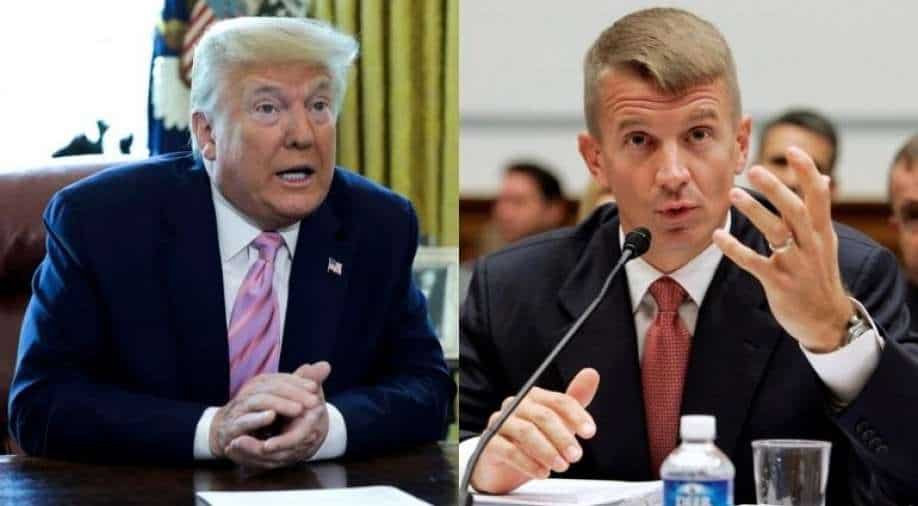 If proven guilty, these charges can lead to Prince facing travel ban and freezing of all of his assets

Erik Prince is the former head of the security contractor Blackwater Worldwide and a prominent Trump supporter.

The New York Times received a confidential UN report which, as per the media house, reveals that Prince deployed a force of foreign mercenaries to eastern Libya in 2019 along with attack aircraft, gunboats and cyberwarfare capabilities.

This supply took place at a time when eastern Libya was at the height of a major battle in 2019.

The UN report also revealed that the mercenaries had also planned to form a hit squad that would have been capable of and responsible for tracking down and assassinating selected Libyan commanders opposed to Hafter — including some who were also European Union citizens.

This mission, as per the reports, had cost nearly $80 million.

It describes how a friend and former business partner of Prince travelled to Jordan to buy surplus, American-made Cobra helicopters from the Jordanian military. This would have normally required permission from the US government, according to military experts quoted by the Times. The friend, Christiaan Durrant, manipulated the system by assuring officials in Jordan that he had “clearances from everywhere” and that his team’s work had been approved “at the highest level”.

The report also claims that Durrant had made several phone calls to the White House switchboard in late July 2019, after the mercenary operation ran into trouble. However, it is not clear if he got through and who was he aiming to contact.

If proven guilty, these charges can lead to Prince facing UN sanctions such as a travel ban and freezing of all of his assets. However, such punishments are seeming to be uncertain at this point.

As of now, Prince has not been cooperating with the investigators and his lawyer has, since last year, denied any involvement and responsibility of these allegations.

(With inputs from The New York Times)