Trump says 'this will end badly' for US elections result 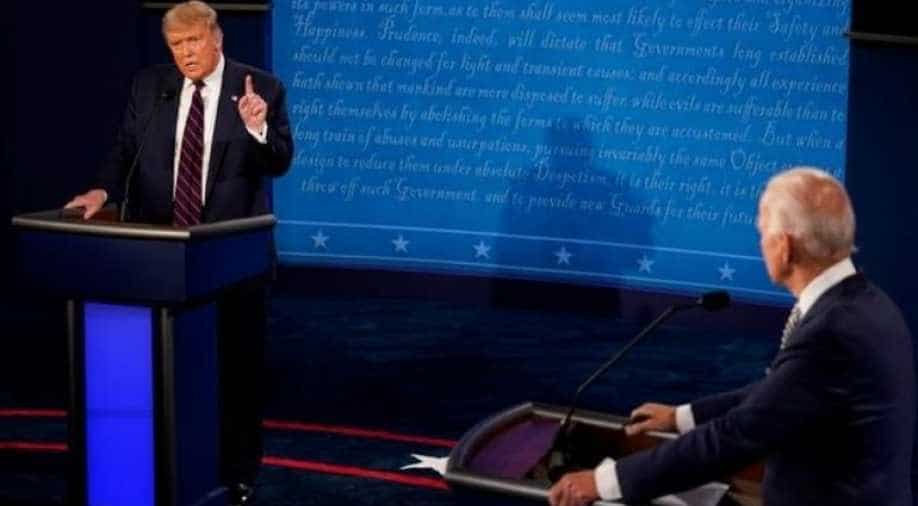 Whether or not the election result will be revealed soon after the November 03 date is still not clear, but the US President Donald Trump has already had his share of controversies related to it.

While the Democratic candidate Joe Biden assured the public he will accept the outcome of the votes cast on November 03, Trump, once again, deflected the question.

During the first presidential debate for the upcoming US elections 2020, Biden talked about the ballot voting that is taking place in majority states this year due to the ongoing coronavirus oandemic, and assure that he would accept the result, irrespective of who wins the post. "If it's me, if it's not me, I'll support the outcome," the frontrunner said.

Trump, however, deflected the question once again accusing the United STates Postal Services (USPS) of not being competent enough to handle mail-in voting at such a large scale.

He also hinted that due to the alleged incompetency of the USPS, the results for the US elections may not be known for months.

"We might not know for months," Trump said. "This is not going to end well."

He also alleged the situation in Philadelphia is 'very scary' and accused officials of blocking the people from observing the first day of in-person early voting in the state.

"Today there was a big problem,” Trump said. “In Philadelphia they went in to watch. They’re called poll watchers. A very safe, very nice thing. They were thrown out. They weren’t allowed to watch. You know why? Because bad things happen in Philadelphia, bad things.”

"I'm urging my supporters to go into the polls and watch very carefully," he added.