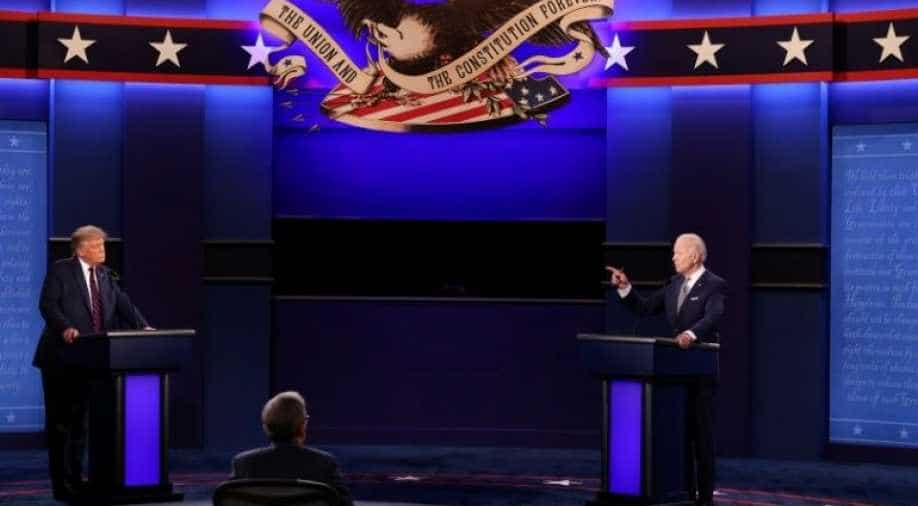 Earlier, Biden had called Trump a 'liar' and told him to 'shut up' as the pair clashed in a bad-tempered start of the debate.

"It's hard to get any word in with this clown...excuse me, this person," said Biden, moments after Trump was warned by moderator Chris Wallace not to interrupt.

Earlier, Biden had called Trump a ''liar'' and told him to "shut up" as the pair clashed in a bad-tempered start of the debate.

In a chaotic first debate marked by repeated interruptions by Trump, Biden said the president was more concerned with the economy and stock market than he was with blunting the spread of the coronavirus.

Trump, predictably, denied these accusations claiming to have never lied to the people of the US.

He fired back hard at Biden, telling him: "There's nothing smart about you, Joe. Forty-seven years, you've done nothing."

With more than a million Americans already casting early ballots and time running out to change minds or influence the small sliver of undecided voters, the stakes were enormous as the two White House candidates took the stage five weeks before the November 3 Election Day.

The two contenders did not shake hands as they entered the debate, adhering to protocols on social distancing because of the coronavirus.

Biden, 77, has held a consistent lead over Trump, 74, in national opinion polls, although surveys in the battleground states that will decide the election show a closer contest.