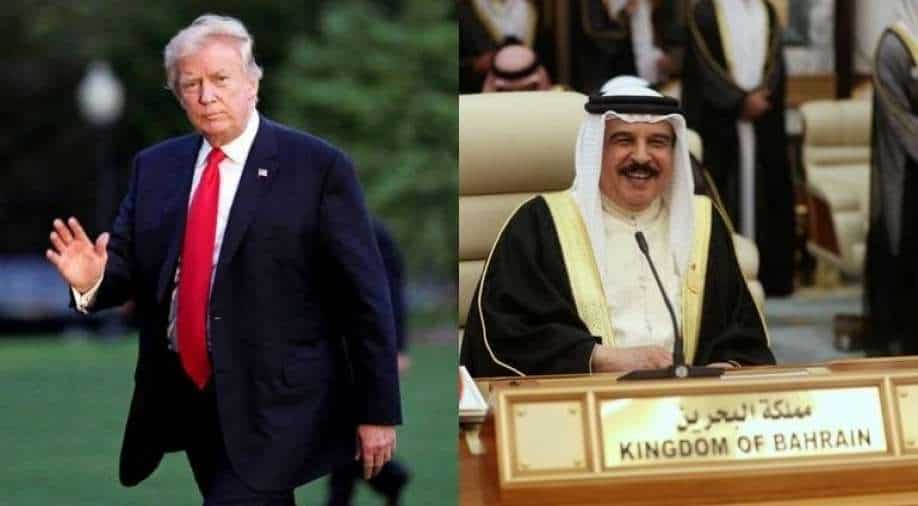 Trump, who sees Arab recognition of Israel as a key overseas achievement of his presidency, already conferred the same award on King Mohammed VI of Morocco

US President Donald Trump bestowed a rare award on King Hamad of Bahrain on Tuesday, acknowledging the Gulf state's normalisation of ties with Israel on his last full day in office.

Trump, who sees Arab recognition of Israel as a key overseas achievement of his presidency, already conferred the same award on King Mohammed VI of Morocco last week for his move to restore ties.

Announcing his bestowal of the Legion of Merit, Degree Chief Commander, on King Hamad bin Isa Al Khalifa, Trump also paid tribute to Bahrain's hosting of a June 2019 conference on the economic dimensions of his controversial Middle East peace plan, which broke with decades of international consensus and was boycotted by the Palestinians.

"King Hamad has shown extraordinary courage and leadership through his support of the Vision for Peace and his decision to establish full diplomatic relations with the State of Israel," the official Bahrain News Agency quoted Trump as saying.

"King Hamad has challenged old assumptions about the possibility for peace in the region, and in doing so, positively reshaped the landscape of the Middle East for generations," Trump added.

Just across the Gulf from Iran, Bahrain is a longstanding Western ally which is home to the US Fifth Fleet.

In 2011, with support from neighbouring Saudi Arabia, the Sunni ruling family crushed month-long Shiite-led protests for an elected prime minister.

It has since banned the two main opposition parties and thrown dozens of dissidents in jail.

The Legion of Merit is a military award that was created to honour allied leaders in World War II and had gone into obscurity until it was revived by Trump, who last month also presented it to the prime ministers of Australia, India and Japan.

On Wednesday at noon, President-elect Joe Biden will be sworn in and the Trump presidency will be over.