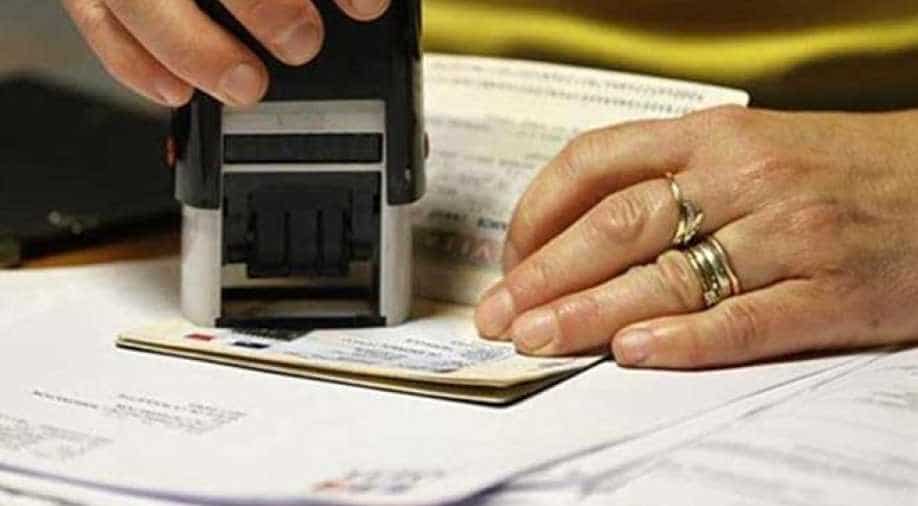 The H-1B is a non-immigrant visa that allows US companies to employ foreign workers from countries like India and China in speciality occupations that require theoretical or technical expertise.

The United States is mulling to temporarily ban the issuance of work-based visas including H-1B, popular among highly-skilled Indian IT professionals, amidst the high level of unemployment due to the coronavirus-enforced lockdown.

The H-1B is a non-immigrant visa that allows US companies to employ foreign workers from countries like India and China in speciality occupations that require theoretical or technical expertise.

The ban may even be extended to student visas, and work authorisation that accompanies them, as well.

"The president's immigration advisors are drawing up plans for a coming executive order, expected this month, that would ban the issuance of some new temporary, work-based visas," The Wall Street Journal reported on Friday.

The Wall Street Journal report came a day after a group of four Republican Senators in a letter urged Trump to suspend all new guest worker visas for 60 days and some of its categories, including the H-1B visa, for at least the next year or until unemployment figures return to normal levels in the country.

The order, the report said, is expected to focus on visa categories including H-1B, designed for highly skilled workers, and H-2B, for seasonal migrant workers, as well as student visas and the work authorization that accompanies them.

More than 33 million Americans have lost their jobs in the last two months due to the coronavirus pandemic that has brought the US economy to a grinding halt.

The IMF and the World Bank have projected a negative growth rate for the country. White House officials say that the US economy is likely to grow at negative 15 to 20 per cent in the second quarter.

Also read | American dream comes crashing down as over 200,000 H-1B workers face the threat of losing legal status by June

The monthly jobs report on Friday said that the unemployment rate in the US for the month of April rose to 14.7 per cent.

To this end, The Wall Street Journal report added that the Trump administration, having temporarily closed borders and curtailed immigration in response to the coronavirus pandemic, is moving to expand those restrictions while the president's advisors push to leave them in place for months or even years to come.

Last month, Trump had signed an executive order temporarily barring new immigrants for 60 days, including family members of US citizens.

The coming changes, the administration has suggested, will build on this April action, the journal said.

Given the high level of unemployment and joblessness, according to the daily, senior administration officials are operating on the assumption that the public, during the pandemic, will be willing to accept new limits on immigration.

"Though the scope of the order hasn't yet been decided, administration officials said it could range from suspensions of entire visa categories to the creation of incentives to hire Americans in industries hardest-hit by layoffs," the report said.