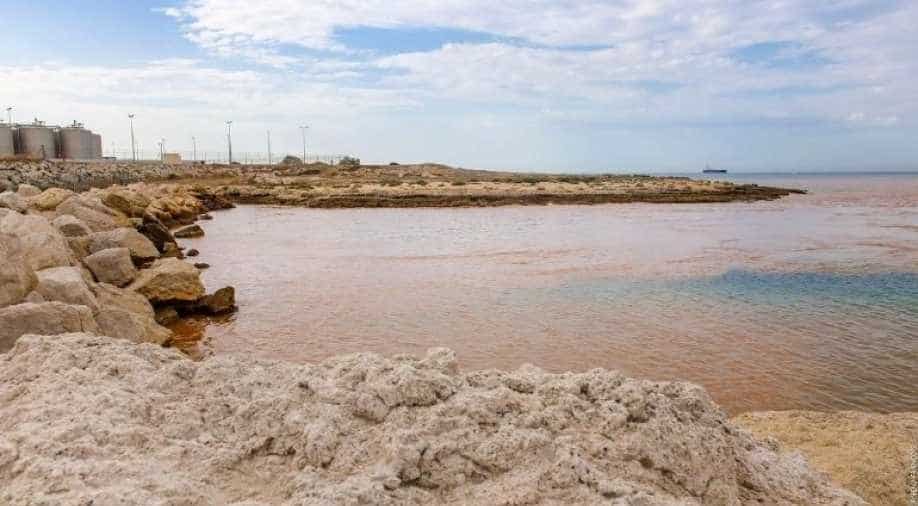 The area of the Mediterranean where the chemical ended up is listed on a French inventory as an ecosystem of outstanding natural fauna and flora for its coral and sea life.

A nationally recognized marine life area in the French Mediterranean got covered with an orange-brown chemical sheet that spread over 15 acres of following a leak at a petrochemical plant in southern France, the local fire service said Friday.

The leak at the Lavera refinery spilled 200 gallons or more of iron chloride into the sea, American-owned chemical company Kem One, which runs the plant, said. Contact with iron chloride can harm eyes and mucous membranes, and ingesting it can be fatal.

Refinery officials said the problem at the processing plant in Martigues, near Marseille, was reported at 1:50 a.m. Thursday. They said the iron chloride spilled from a tank onto a faulty safety system, which flooded into the nearby sewage systems and into the sea.

The area of the Mediterranean where the chemical ended up is listed on a French inventory as an ecosystem of outstanding natural fauna and flora for its coral and sea life. Authorities at the scene said they observed fish that were killed by the spill.

The French Maritime Prefecture banned leisure boat cruising, swimming, fishing, and diving in about four miles of the along the coast surrounding the contaminated area until at least midnight Friday.

About 40 firefighters dispatched to the site where unable to stop the chemical spill, the Marseille fire service said. The polluted area receded to 2.5 acres by 6:30 p.m. Thursday, and by Friday morning, the brown color had all but disappeared from the sea's surface.

French environmental association Robin des Bois said it planned to file a legal complaint against plant officials for polluting the sea and other issues based on its damage assessment. The association said it suspects that coral and other sea creatures were burned or poisoned by the spilled iron chloride.

The group's spokesperson, Charlotte Nithart, said the plant ''has been on our radar for a few years” and needs a “profound inspection'' of its storage capacity.

French Environment Minister Barbara Pompili said on Twitter on Thursday ''the damage that will be determined will be repaired by those responsible for it.''