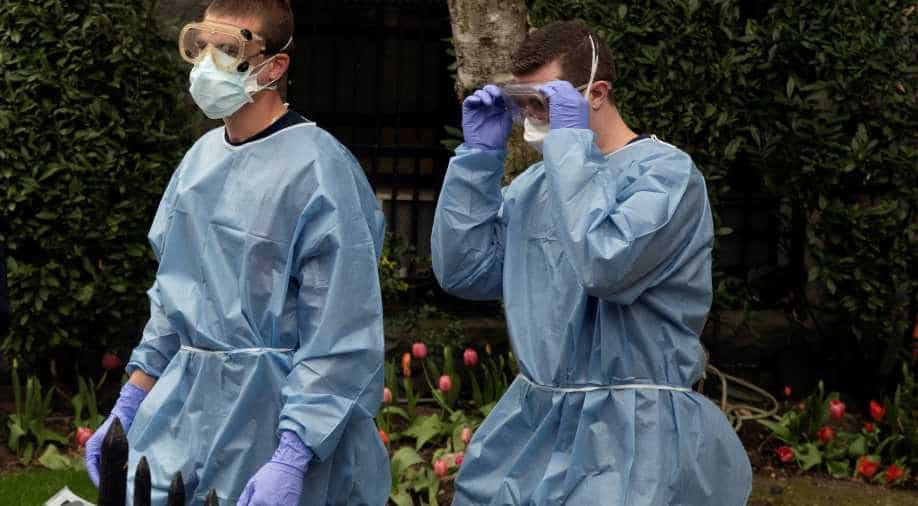 The World Health Organization has raised alarm over surge of COVID-19 cases in Latin America, expressed concern Tuesday over signs the spread of the new virus is still accelerating. Read more

Around 5.6 million cases of the new coronavirus have been officially declared in the world, more than two-thirds of them in Europe and the United States, according to a tally compiled by Johns Hopkins University. Read more

Brazil has recorded 1,039 deaths in 24 hours due to the novel coronavirus. Read more

France stops use of hydroxychloroquine as coronavirus treatment

After the World Health Organization(WHO) temporarily stopped the clinical trial of hydroxychloroquine for treatment of coronavirus, the French government banned the treatment on Wednesday. Read more

The European Commission will unveil a mega stimulus plan on Wednesday that help EU's economy after being hit by the coronavirus pandemic. Read more

Twitter on Tuesday for the first time prompted readers to check the facts in tweets sent by US President Donald Trump and accused him of making false claims. Read more

Democratic presidential candidate Joe Biden on Tuesday called his Republican rival Donald Trump an "absolute fool" for not wearing a mask at a series of recent public events. Read more

South Korea reported 40 new coronavirus cases on Wednesday, marking the biggest daily spike in 49 days as millions of children go back to school and authorities fight to contain an outbreak stemming from a stretched e-commerce warehouse. Read more

Police in Hong Kong fired pepper pellets and made 300 arrests as thousands of people took to the streets on Wednesday to voice anger over national security legislation proposed by China, that has raised international alarm over freedoms in the city. Read more

Google-owned video service YouTube said Tuesday it was probing the removal of comments critical of the Chinese Communist Party from the video-sharing platform, saying the filtering appeared to be "an error". Read more