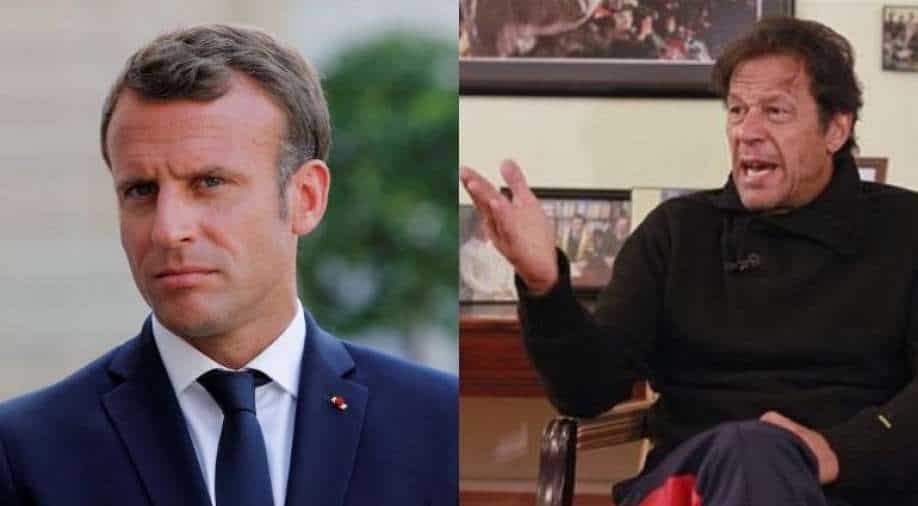 French President's top diplomatic advisor has said Paris's ties with Pakistan are at a "historic low" in the backdrop of comments by its leadership against the country amid the terror attacks last year.

Emmanuel Bonne who is in Delhi for India France Strategic dialogue said: "During this crisis, after the campaign against us, our relations with Pakistan probably are at a historic low. This is not exactly what we want, we assume it because our priorities and language are clear."

Pakistani Prime Minister Imran Khan criticised French President Emmanuel Macron last year after the latter called for upholding his country's right to expression over terror attacks involving beheading after caricatures of Prophet Muhammad were shown. Later widespread protests were seen in Pakistan against France by hardline groups and calls by lawmakers to recall the country's envoy to Paris.

Bonne, who was speaking at Vivekananda Foundation thanked India for support amid Islamabad's criticism. He said, "We very much appreciate the support we got not only from your authorities but also from Indian civil society, when our country was under attack by some leaders in Turkey and Pakistan and in other countries".

Adding how they were trying to "create distance between us and the Muslim world and this was certainly not what we were doing, certainly what we don't want, this is for the simple reason that we have a long history with the Muslim world. We have affinities with countries in the Muslim world. It was critical for us to able to say, India is reverse in this, which means you are countering disinformation, fighting terrorism."

India had issued a strong statement, deploring the "personal attacks in unacceptable language" on President Macron which the Ministry of external affairs said was "in violation of the most basic standards of international discourse". What stood out was the spontaneous support by Indian society for France, with the Twitter trend #StandWithFrance also seen.