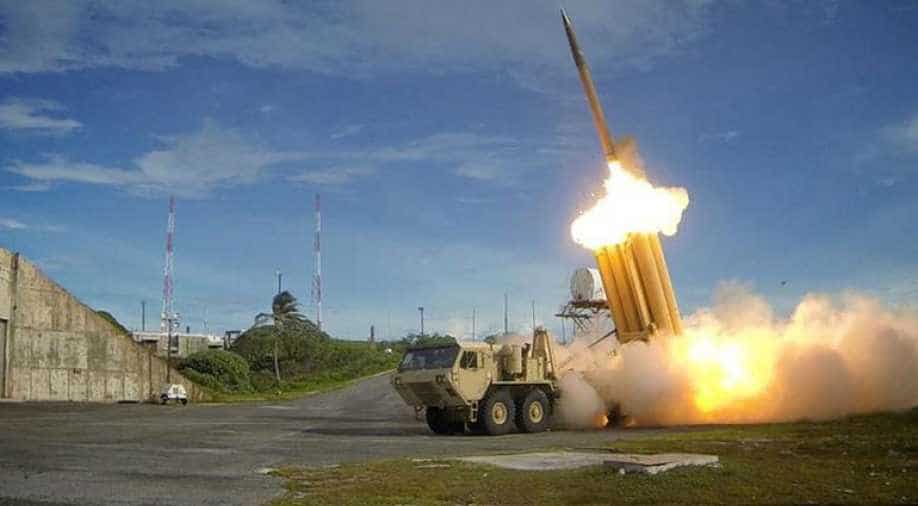 US Forces Korea said THAAD is 'operational and has the ability to intercept North Korean missiles and defend the Republic'. Photograph:( Reuters )

A controversial missile defense system whose deployment has angered China is now operational in South Korea, the US military said Monday.

Washington and Seoul agreed to the Terminal High Altitude Area Defense (THAAD) battery deployment in July in the wake of a string of North Korean missile tests.

US Forces Korea said THAAD is "operational and has the ability to intercept North Korean missiles and defend the Republic."

A US defense official told AFP, however, that the system has only "reached initial intercept capability".

This initial capability will be augmented later this year as additional hardware and components arrive to complete the system, officials said.

THAAD's deployment in South Korea has infuriated China, which fears it will weaken its own ballistic missile capabilities and says it upsets the regional security balance.

The THAAD system, which is being installed on a former golf course in the southern county of Seongju, is designed to intercept and destroy short- and medium-range ballistic missiles during their final phase of flight.

Beijing has imposed a host of measures seen as economic retaliation against the South for the THAAD deployment, including a ban on tour groups.

Retail conglomerate Lotte, which previously owned the golf course, has also been targeted, with 85 of its 99 stores in China shut down, while South Korea's biggest automaker Hyundai Motor has said its Chinese sales have fallen sharply.

The THAAD deployment comes as tension soars on the Korean peninsula following a series of missile launches by the North and warnings from the administration of US President Donald Trump that military action is an "option on the table."

"I informed South Korea it would be appropriate if they paid. It's a billion-dollar system," Trump was quoted as saying in a published report.

"It's phenomenal, shoots missiles right out of the sky."

Seoul retorted that under the Status of Forces Agreement that governs the US military presence in the country, the South would provide the THAAD site and infrastructure while the US would pay to deploy and operate it.

Thomas Karako, the director of the Missile Defense Project at the Center for Strategic and International Studies, noted that South Korea's sole THAAD battery does not quite have the range to cover the entire country.

But he called it an important first step.

"This is not about a having a perfect shield, this is about buying time and thereby contributing to the overall credibility of deterrence," Karako told AFP.

"South Korea with THAAD helps communicate to the North that today is not a good day to attack. It doesn't mean that they could not do a lot of damage -- they would -- but it strengthens the overall posture."

In a surprise development, Trump on Monday said he would not rule out meeting North Korean leader Kim Jong-Un, under the right conditions.

"If it would be appropriate for me to meet with him, I would, absolutely. I would be honored to do it," Trump told Bloomberg News.