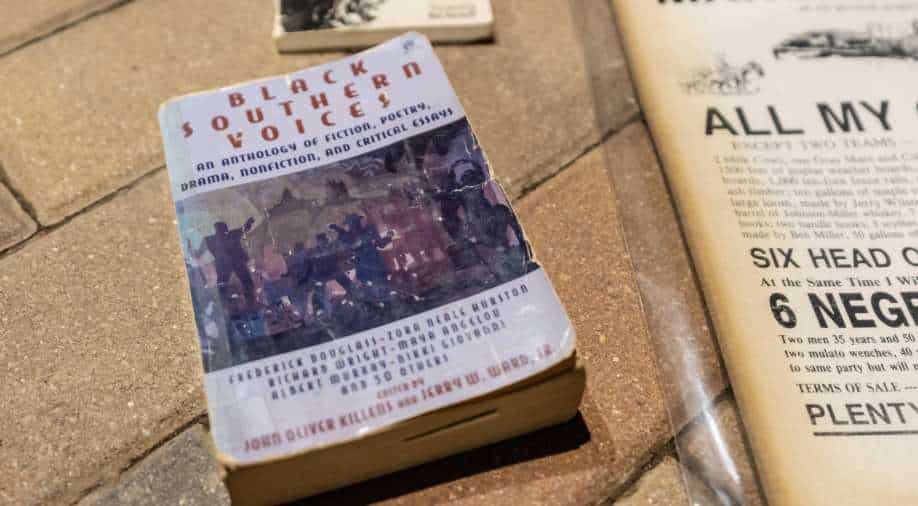 In Lubbock, Texas, a social studies teacher felt that candid political discussions with students were becoming “kind of like a tightrope.”

In rural New Hampshire, a Spanish teacher took down a “Black Lives Matter” sign in her classroom.

In Lubbock, Texas, a social studies teacher felt that candid political discussions with students were becoming “kind of like a tightrope.”

And in Oklahoma City, a history teacher began to think twice about using the word “white” to describe people who defended slavery.

Republican-led legislatures in several states passed laws last year to ban or limit schools from teaching that racism is infused in US institutions. And while students in those states are still learning about activists like Ida B. Wells and Claudette Colvin, and eras like Reconstruction and the civil rights movement, some teachers are also exercising a quiet restraint.

The laws, they say, have added the threat of termination to the list of things they worry about, from pandemic safety to struggling students to staff shortages.

“I am not going to let any of these laws deter me from the things that I think work best for students,” said Eric Parker, the history teacher in Oklahoma. “But I also enjoy working with students and having a roof over my head.”

Since January 2021, according to a list compiled by Education Week, 37 states have introduced measures to limit how race and discrimination can be taught in public school classrooms, and 14 have imposed laws or rules to enforce these restrictions.

“This legislation is very nebulous,” said Grace Leatherman, executive director of the National Council for History Education. “There is certainly a chilling effect.”

Some teachers say the laws seem like politicized distractions, removed from the reality of modern classrooms where lesson plans adapt to students’ needs and curiosities.

“There seems to be this perception that all our teachers are doing, every single day, is getting up there and demagoguing,” said Anton Schulzki, a history teacher in Colorado who is president of the National Council for the Social Studies. “And that’s just not the case.”

While some educators have left or have lost their jobs amid debates over these new laws, there have not been reports of widespread terminations of teachers.

And defenders of the measures say that they are not meant to stifle teachers’ speech.

Gov. Chris Sununu of New Hampshire signed a bill in July that says no public employer should teach that people of any particular race or gender were “inherently racist, sexist or oppressive.”

“Nothing in this bill prevents schools from teaching any aspect of American history, such as teaching about racism, sexism or slavery,” said Benjamin Vihstadt, a spokesperson for the governor.

He added that teachers were “continuing these important lessons during Black History Month — as they should.”

David Bullard, a state senator who sponsored a similar law in Oklahoma, has said that it is “false that the bill prohibits the teaching of racial topics or history.”

According to the state’s academic standards, U.S. history classes can still cover a range of figures and subjects, including slavery, the abolitionist movement, the Tulsa massacre, W.E.B. Du Bois, Martin Luther King Jr., Malcolm X and the Black Panthers.

But in Oklahoma, as in several other states, the law bars educators from teaching that people are responsible for “actions committed in the past by other members of the same race or sex,” and from telling students that anyone should feel “discomfort, guilt, anguish or any other form of psychological distress” because of their race or sex.

Parker, the teacher in Oklahoma, who said he could not speak on behalf of his district, said the law made him a little more anxious about what he says.

Before it passed last year, he said, he might have used the word “white” to describe people who fought to preserve slavery in Texas during its bloody split from Mexico in the 19th century. Now, he would be more inclined to leave that descriptor out.

Some educators say that the vagueness of the new rules puts the burden on them to avoid any misinterpretation that could cost them their jobs.

“We’ll know it’s wrong when they pull our license,” said Terry López Burlingame, who teaches at a rural K-8 school in Gilmanton, New Hampshire. “That’s how vague it is.”

Although she removed her “Black Lives Matter” sign after her state passed a law against teaching that people of any particular race or gender were “inherently racist, sexist or oppressive,” López Burlingame said she did not shy away from discussing the history lessons that often accompany her Spanish lessons, including slavery across Latin America.

But she still harbors some fear that her students’ parents could report her to local officials if she says something they don’t like.

“When kids ask me questions, I pause longer than normal to think about how I am going to respond,” she said. “If I say the wrong thing, those kids will go home to their parents, who will do what they are doing all this year: going bonkers.”

David Ring, a social studies teacher in Lubbock, usually celebrates Black History Month by asking his high school students to read King’s “Letter From Birmingham Jail.” That is in addition to topics he covers all year, including redlining.

Ring, who is Black and Korean and is often the only person of color in the room, said he wanted his students to learn that the civil rights movement was not over.

“For them, the year 2000 is like ancient history, and so trying to get them to understand that the 1960s weren’t that long ago, it’s baby steps,” he said.

But under a new law, teachers in Texas must frame slavery as a deviation from the founding principles of the United States. And the law limits the teaching of “The 1619 Project,” an initiative by The New York Times Magazine that explores the continuing legacy of slavery in the United States and highlights the contributions that Black people have made to American society.

But, Ring and other educators said, classrooms are not the only places for students to access information; smartphones are always at their fingertips.

“I think that some of the legislation being passed disregards young people’s ability — especially this generation — to accept new information and process it, without feeling shame or guilt,” Ring said.

Holly Reynolds, a high school social studies teacher in Salt Lake City, said the rules approved by Utah’s board of education last year — which echoed those of other states — were hard to follow because they were so vague. That has made her nervous about being targeted, she said, but she has tried to keep those fears out of the classroom.

“If anything, it has strengthened my resolve that this is important work, and I need to keep doing it,” she said.

Parker said that despite his concerns about Oklahoma’s new law, he hoped to hold on to his job while being open to the questions and opinions of his students, many of whom are English language learners approaching U.S. history with fresh eyes.

“I always tell them, I don’t care what I say, or what your parents say, about the things that we learn,” he said. “You guys have to start deciding how you feel about it, for yourself.”