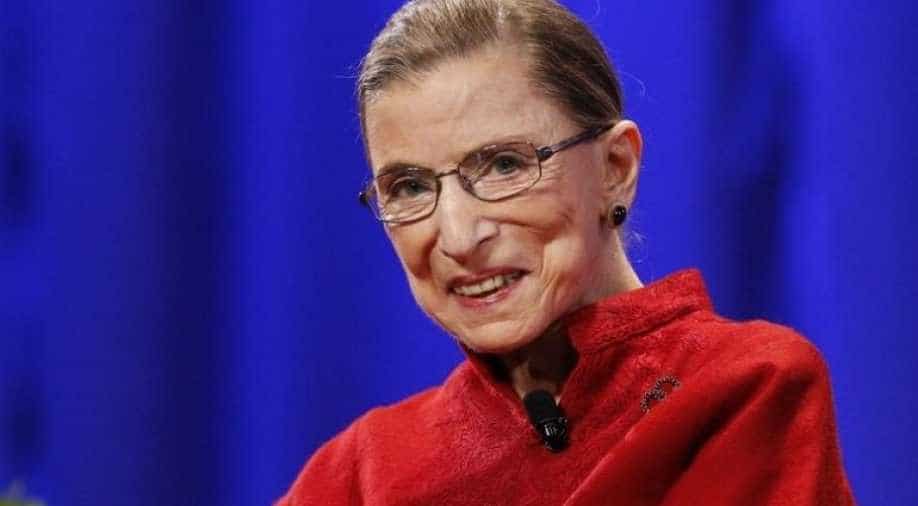 The famous judge, a few days ago, told her granddaughter Clara Spera about wanting to live to see America be ruled by anyone other than Donald Trump

US Supreme Court Justice Ruth Bader Ginsburg passed away on Fiday after living after a long battle with pancreatic cancer.

Ginsburg was 87 years old and hailed from Brooklyn. Known for speaking her mind, she was the second woman to serve as a justice on America's highest court.

Often called as "Notorious RBG", was known for fighting against gender discrimination, and served the court for 27 long years. "Our Nation has lost a jurist of historic stature," Chief Justice John Roberts was quoted as saying in the court statement.

"We at the Supreme Court have lost a cherished colleague. Today we mourn, but with confidence that future generations will remember Ruth Bader Ginsburg as we knew her — a tireless and resolute champion of justice."

A local report has stated that the famous judge, a few days ago, told her granddaughter Clara Spera about wanting to live to see her beloved country be ruled by anyone other than Donald Trump — a man she disliked due to his ego. "My most fervent wish is that I will not be replaced until a new president is installed," she told her granddaughter.

After the death of the Justice, US Senate Republican leader Mitch McConnell has announced that the chamber would vote for a nominee that Trump would name. "President Trump's nominee will receive a vote on the floor of the United States Senate," McConnell said.

However, this decision will be a direct disregard for Ginsburg's last wish, who did not want to be replaced "until a new president is installed".

Trump, while campaigning in Minnesota against Joe Biden for the upcoming US elections, was unaware about her death till the reporters told him. "She just died? I didn't know that. She led an amazing life, what else can you say?," he told the reporters.

Applauding her work, he added, "Ruth Bader Ginsburg stood for all of us. She has been absolutely consistent and reliable and a voice for freedom and opportunity for everyone."

The White House flag will be at half-staff in her honor, Whote House spokeswoman reported.