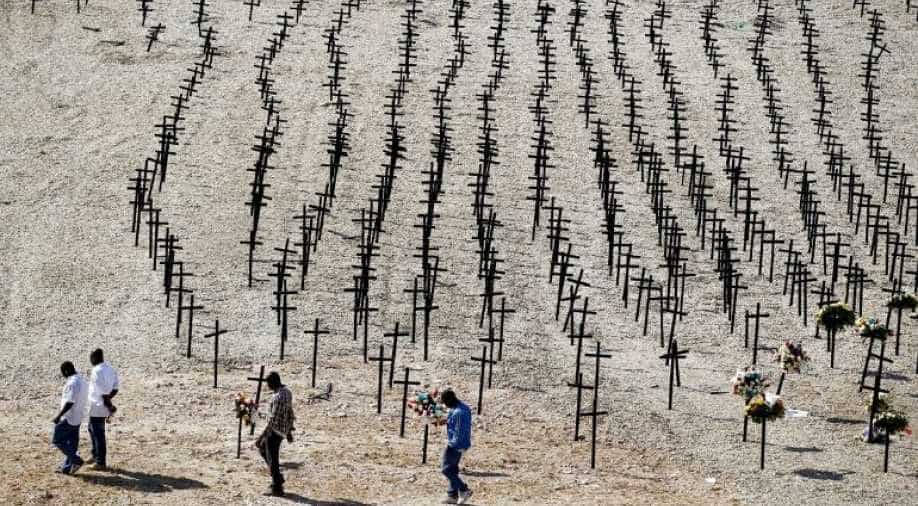 File photo: Men walk past crucifixes at a mass grave site at Titanyen on the outskirts of Port-au-Prince. Photograph:( Reuters )

Recovery has been slow and uneven

Ten years and billions of dollars of aid later, Haiti is still rebuilding itself from one of the deadliest earthquakes in history and the devastation it caused.

Recovery has been slow and uneven.

The 7.0 magnitude quake on January 12, 2010, killed tens of thousands of people and left much more homeless, leveling many of the most recognizable buildings in Port-au-Prince.

"Haiti has neither a mother nor a father," Haitian Jean Brune Wilga said near the remains of the National Palace, the president's former residence. "Because of 10 years after the earthquake, the palace should not still be in ruins."

It and other iconic buildings, including the Notre Dame l'Assomption cathedral, have not been rebuilt. Tens of thousands of people still live in provisional housing.

Worshippers attend what Father Guy Chrispin described as a "temporary cathedral", a steel-framed edifice that seats 1,500 people in open-air built by the ruins of the original church. 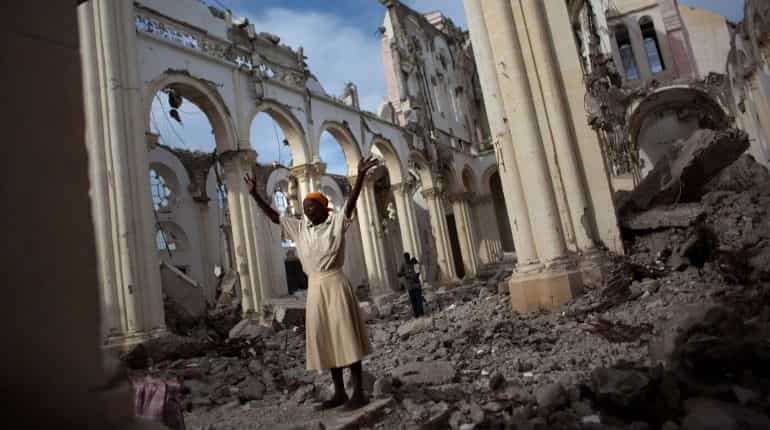 "We say temporary because we're planning to rebuild the other one, but that requires a lot of money," Chrispin said. After the quake, more than 12,000 aid groups launched one of the largest ever humanitarian and reconstruction operations.

Since then, their efforts have come under intense criticism. UN peacekeepers also accidentally started a cholera epidemic that killed 9,300 people and sickened another 800,000. Other aid workers stand accused of abusing women and children.

In a country where nearly 60 per cent of the population survives on less than $2.40 a day, reconstruction of the Hospital of the State University of Haiti, the capital's main public hospital, is one of the more advanced projects.

Building materials lay stacked outside the building next to the stretched but still functioning General Hospital.

Jean Rodney, whose son was being treated in the facility, said he appreciated efforts by medical staff working with such limited resources. Like most Haitians, he had high hopes for the new medical center.

"We all need it - it's been too long for us," Rodney said. "It should have been finished a long time ago. But we know that this is because of the country's political problems."