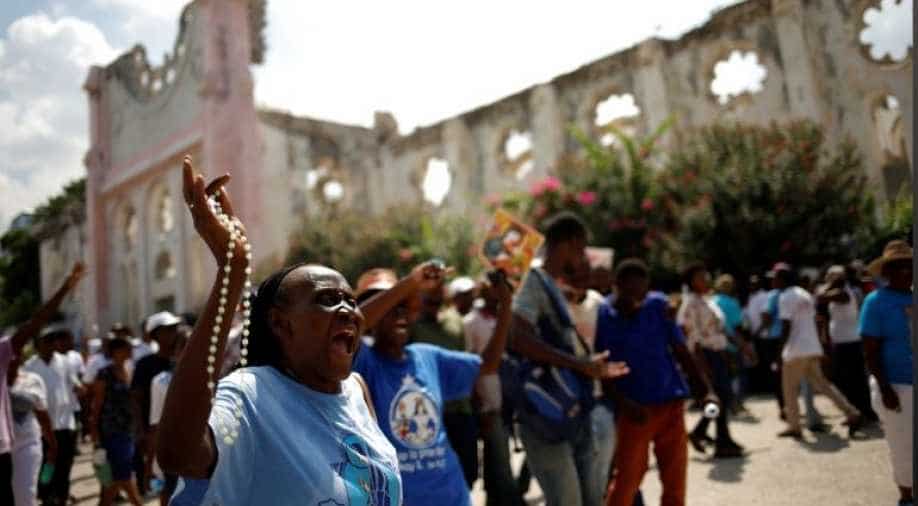 At least one journalist was killed and nine others have been hurt, the UN added, calling for the freedom of the press to be respected.

At least 42 people have been killed and dozens injured during anti-government protests in Haiti since mid-September, the UN's human rights body said Friday, adding it was "deeply concerned" by the crisis.

The poorest country in the Americas has been roiled for two months by protests, which were triggered by fuel shortages but have turned violent and morphed into a broader campaign against President Jovenel Moise.

"We are deeply concerned about the protracted crisis in Haiti, and its impact on the ability of Haitians to access their basic rights to healthcare, food, education and other needs," the UN's Office of the High Commissioner for Human Rights (OHCHR) said in a statement.

It said reports indicate that security forces were responsible for 19 of the deaths, with the remainder of those killed by armed individuals or unknown attackers.

Spokeswoman Marta Hurtado said some 86 people had also been injured in the violence since September 15. The majority were victims of gunshots.

At least one journalist was killed and nine others have been hurt, the UN added, calling for the freedom of the press to be respected.

Since coming to power in February 2017, Moise has had to face the anger of an opposition movement that refuses to recognize his victory in an election widely seen as dubious.

Anger mounted in late August due to a national fuel shortage, and protests turned violent.

But even before this crisis erupted, Moise was accused of corruption.

An auditors' court probing two billion dollars in aid from a Venezuelan oil fund found that companies run by Moise before he became president were "at the heart of an embezzling scheme."

The protests are spreading: in recent weeks, various professional or social groups have taken to the streets against the president one after another, such as university students and police.

OHCHR's report said most children had been unable to go to school since the protests began, while roadblocks and violence have meant particularly those outside the capital have had difficulty accessing "food, drinking water, medicine and fuel".

There is no dialogue underway with the opposition, and the already weak economy is starting to suffer.

Hurtado acknowledged the difficulty in bringing the diverse groups together for talks.