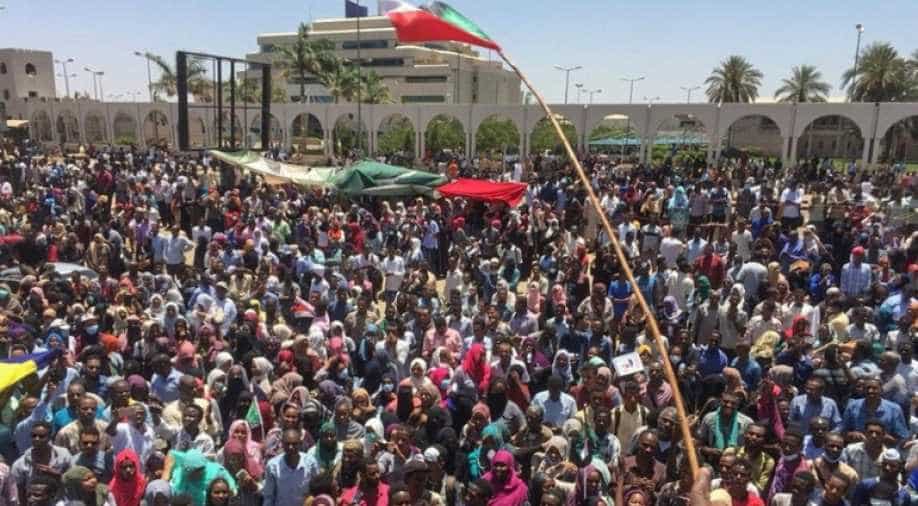 File photo of Sudanese protesters gather for a second day outside the military headquarters in the capital Khartoum. Photograph:( AFP )

'While the demonstrations were being dispersed seven citizens died, six of them in Khartoum state and one in central Darfur,' Bushara Juma told parliament

Seven people on Monday died in Sudan while troops were attempting to disperse protesters staging a sit-in in the capital Khartoum, the interior minister said.

"While the demonstrations were being dispersed seven citizens died, six of them in Khartoum state and one in central Darfur," Bushara Juma told parliament, adding that about 10,000 protesters had rallied in front of the military headquarters in the capital on Saturday.

More than 50,000 people participated in the demonstration, demanding that they would not leave the area until President Omar al-Bashir resigned and a transitional government was formed to "move the country onto the next stage."

Protests stirred in Sudan on December 19, 2018, and have occurred almost daily since then.

At least 50 people have been killed since the action began, the movement was met with repression by security forces.

More than 1,000 are thought to have been arrested, among them opposition figures and activists.