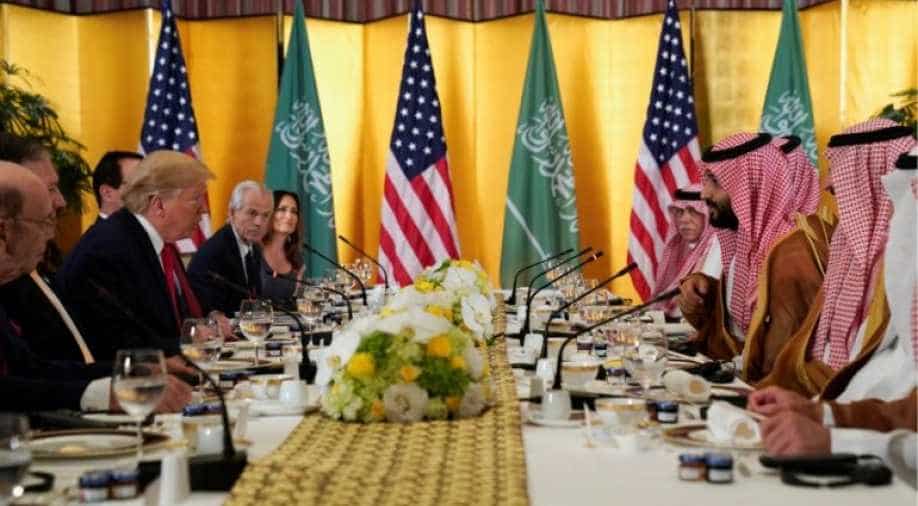 'You have done a spectacular job,' Trump told the powerful crown prince, referring to him as 'a friend of mine'.

US President Donald Trump Saturday praised Saudi Arabia's Crown Prince Mohammed bin Salman, saying he was doing a "spectacular job" as the pair met on the sidelines of the G20 summit.

"You have done a spectacular job," Trump told the powerful crown prince, referring to him as "a friend of mine".

But Trump ignored questions from the media about whether he would raise the journalist's murder during his working breakfast with the prince.

Riyadh has hit back against claims that Prince Mohammed bears responsibility in the murder of Khashoggi, who was killed and dismembered in what Saudi authorities have described as a rogue operation.

A UN expert report has said that the "execution of Mr Khashoggi was the responsibility of the state of Saudi Arabia", and that Prince Mohammed must have been aware of attempts to cover up the crime after the fact, including a forensic cleaning of the consulate.

The report urged a formal criminal investigation into the case.

But Saudi prosecutors say all those to blame are already on trial, citing proceedings against 11 unnamed individuals in the kingdom.

Five of those face the death penalty in the trial, which has been held secretly, with only a handful of diplomats allowed to attend.