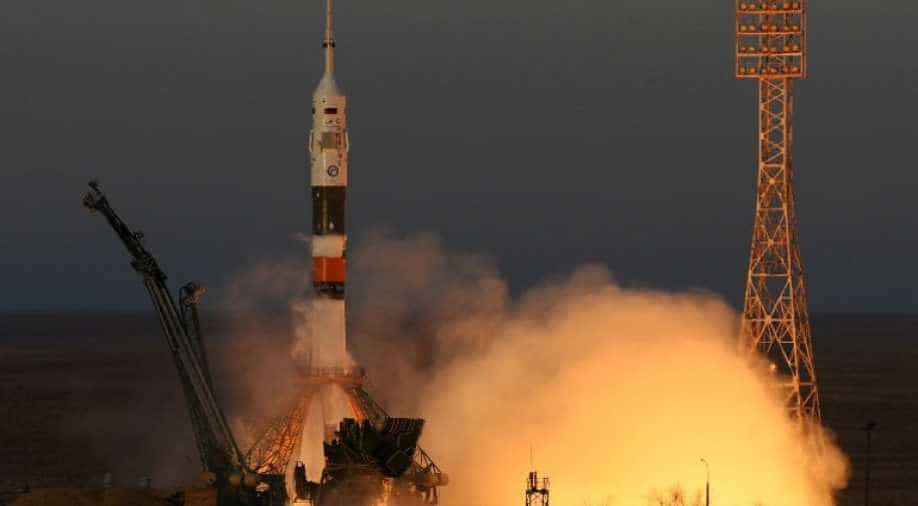 Roscosmos space agency said the aim was to discover whether the 'small but dangerous' hole had been made on Earth or in space.

Using knives and shears, a pair of Russian spacewalkers Tuesday cut samples of material around a mysterious hole in a Soyuz spacecraft docked on the International Space Station that a Moscow official suggested could have been deliberate sabotage.

Roscosmos space agency said the aim was to discover whether the "small but dangerous" hole had been made on Earth or in space.

The two-millimetre cavity on the Soyuz spaceship docked at the ISS caused an air leak detected in August, two months after the craft's last voyage.
Until Tuesday, astronauts had only been able to examine the hole from inside the spacecraft.

During the seven-hour, 45-minute spacewalk, veteran cosmonauts Oleg Kononenko and Sergei Prokopyev struggled, but eventually succeeded, in cutting away the insulation covering the hole and taking out a sample to analyse.

What made it especially hard is that the Soyuz spacecraft, unlike the ISS, was not designed to be repaired in spacewalks and has no outside railings for astronauts to hold onto.

"There's nothing, that's the problem," Kononenko said ahead of the outing. Roscosmos chief Dmitry Rogozin said in October that an investigation had ruled out a manufacturing error. He had said earlier that Russia did not exclude "deliberate interference in space."

Russian media reported the investigation was probing the possibility US astronauts deliberately drilled the hole to get a sick colleague sent back home. Russian officials later denied those reports.

The discovery of the hole was followed in October by the failure of a manned Soyuz launch, although the Russian and US astronauts returned safely to Earth.

The samples will be sent to Earth to "get at the truth" of the cavity's origins, the space agency said. The cosmonauts also took photographs and filmed video, before putting new insulation over the area. The spacewalk was the fourth for Kononenko and the second for Prokopyev.

Rogozin called the spacewalk "unprecedented in its complexity" on Twitter and Roscosmos said it would "enter the history of space exploration." The Soyuz spacecraft is used to ferry astronauts to and from the ISS. The hole is in a section that will not be used for the return journey to Earth on December 20.

The ISS is one of the few areas of Russia-US cooperation that remains unaffected by the slump in relations and Washington's sanctions.