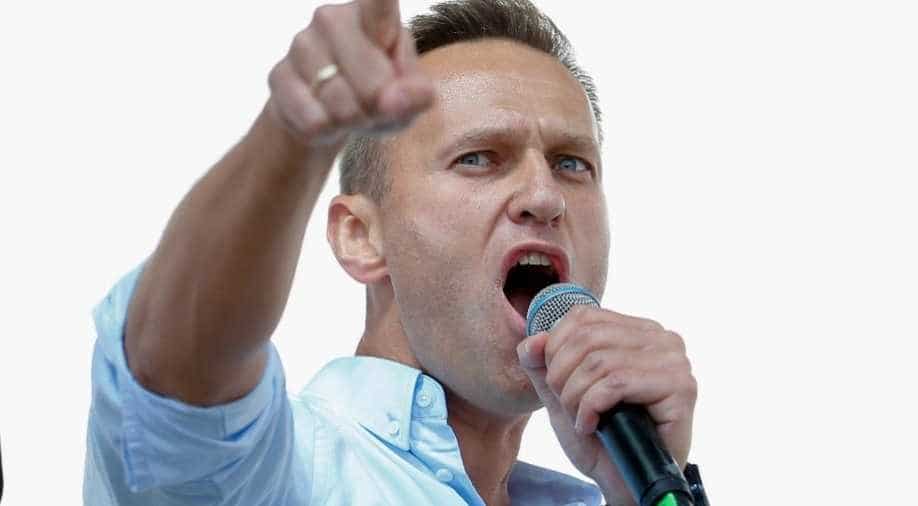 FBK has published numerous investigators about top Russian officials, with the most popular video about Prime Minister Dmitry Medvedev having been viewed over 31 million times on YouTube.

Employees of the Foundation for Fighting Corruption (FBK) "received a large sum of money from third parties which they knew was procured illegally," investigators said, estimating the laundered amount at one billion rubles ($15.3 million).

"Accomplices" of FBK "gave a legal appearance" to the funds by transferring them to bank accounts and ultimately to the accounts of the FBK, investigators said.

FBK has published numerous investigators about top Russian officials, with the most popular video about Prime Minister Dmitry Medvedev having been viewed over 31 million times on YouTube.

In pics : A look at two weeks of mass protests and crackdown in Moscow

The foundation asks supporters to donate money on its website to support its work.

News about the new probe broke just as Russian opposition was attempting a new protest in Moscow to demand fair access to elections, and dozens were detained by the numerous police presence

Russia's top opposition leader Navalny is currently serving 30 days behind bars for violating rules on public gatherings. Last weekend he was hospitalised with symptoms his doctor said looked like poisoning.

Several of his associates, including FBK lawyer Lyubov Sobol, are also in police custody over protests pertaining to next month's elections in Moscow, which most of the opposition has been barred from participating.

The opposition accuses Moscow mayor Sergei Sobyanin, a Vladimir Putin loyalist, of blocking all opposition from attempting to break his monopoly over the Moscow parliament in September polls.

On Thursday, FBK issued a video investigation about Sobyanin's deputy, accusing her of selling prime Moscow property to her family members at rock-bottom prices.