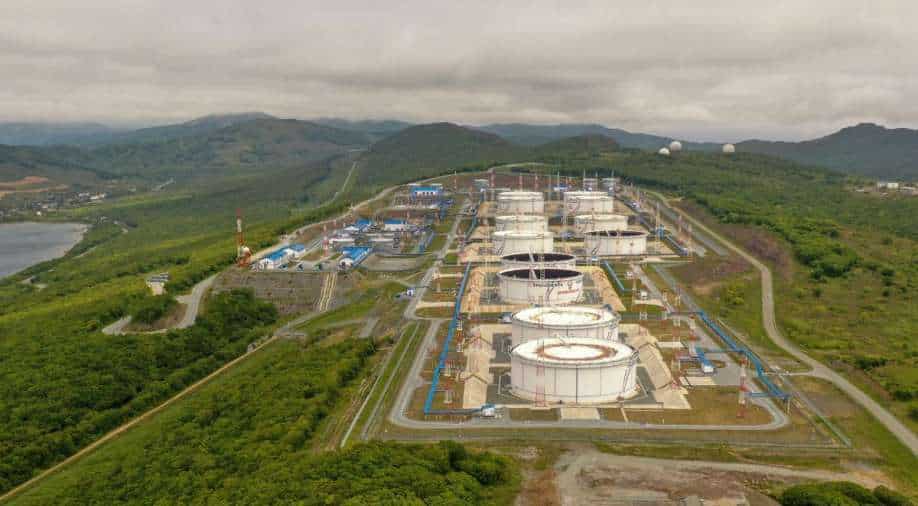 An aerial view shows oil tanks of Transneft oil pipeline operator at the crude oil terminal Kozmino on the shore of Nakhodka Bay near the port city of Nakhodka, Russia June 13, 2022. Photograph:( Reuters )

Chinese companies such as Sinopec and Zhenhua Oil, have increased their purchases of Russian crude in recent months because they are getting heavy discounts

Unlike the West, Beijing has refused to condemn Moscow's war. This year in February, China and Russia declared their friendship had "no limits". Moreover, Chinese President Xi Jinping last week assured his Russian counterpart Vladimir Putin that Beijing will support Moscow's "sovereignty and security".

In the aftermath of Russia's invasion of Ukraine, Western countries imposed economic sanctions on Moscow. It caused a massive impact on imports and exports, and disturbances in supply chain issues. The customs data comes four months into the war, with other buyers avoiding Russian energy imports.

Meanwhile, Chinese companies such as Sinopec and Zhenhua Oil, have increased their purchases of Russian crude in recent months because they are getting heavy discounts.

According to figures from the Customs Administration, the number was also a spike from the 5.44 million tonnes China imported in May 2021.

Earlier this month, Chinese state media said Beijing was willing to "intensify strategic coordination between the two countries". The Kremlin said the two leaders had agreed to ramp up economic cooperation in the face of "unlawful" Western sanctions.