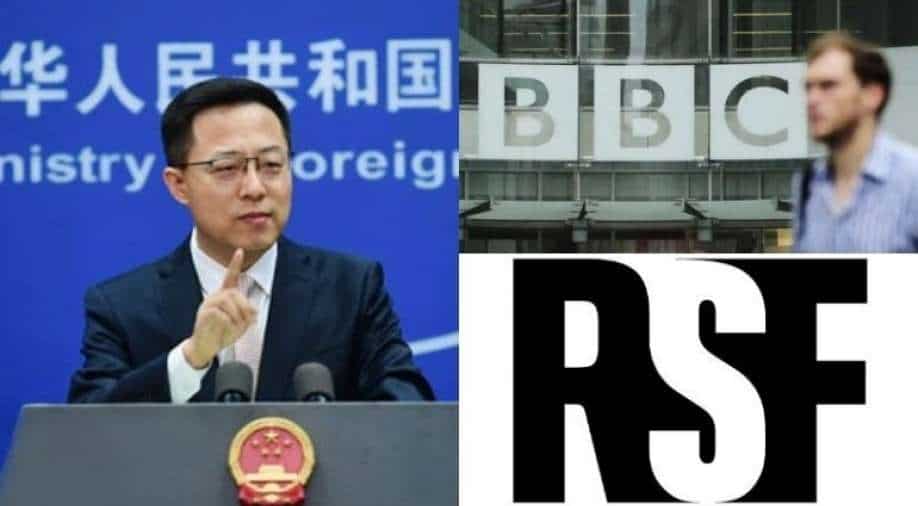 Reporters Without Borders (RSF) has denounced Beijing for taking a "hypocritical stance" after the Chinese authorities accused the British Broadcasting Corporation (BBC) of broadcasting "fake news" while covering Henan floods.

During a presser on Thursday, China's foreign ministry spokesperson Zhao Lijian called BBC a "bad-mouthing broadcasting corporation" which has "vilified" China and deserves to be "unpopular with the Chinese public" as it produces "fake news".

This statement came just days after the youth division of the Chinese Communist Party (CCP) published online death threats against foreign journalists covering the floods in central China's Henan province, triggering a wave of physical, verbal and online harassment against them.

"China, one of the world's worst abusers of press freedom, has no journalism lessons to give to the BBC, and is showing outrageous hypocrisy by accusing it of broadcasting "fake news" while it is itself the world's number one exporter of propaganda contents", says the head of RSF East Asia bureau, Cedric Alviani, who deplores "the growing habit of authoritarian regimes who systematically brand factual information which don't match the official narrative as fake news".

RSF in a statement said that the Chinese state media are statutorily compelled to relay the CCP's propaganda contents. On the contrary, the UK's public broadcaster BBC practices fact-based journalism and its editorial freedom is protected by an independent board, the group added.

"In recent years, the Chinese regime has increased intimidation, harassment and surveillance on foreign correspondents, their local assistants and their sources. In 2020, at least 18 correspondents were forced to leave the country and several foreign journalists' visa requests were denied without explanation," the statement added.

In a report titled "China's Pursuit of a New World Media Order" published in 2019, RSF revealed Beijing's strategy to control information beyond its borders, a project that poses a threat to press freedom throughout the world.

China ranked 177th out of 180 in the 2021 RSF World Press Freedom Index and is the world's largest captor of journalists with at least 119 detained, often in life-threatening conditions.