Rockets fired at Israel from Lebanon amid fighting in Gaza 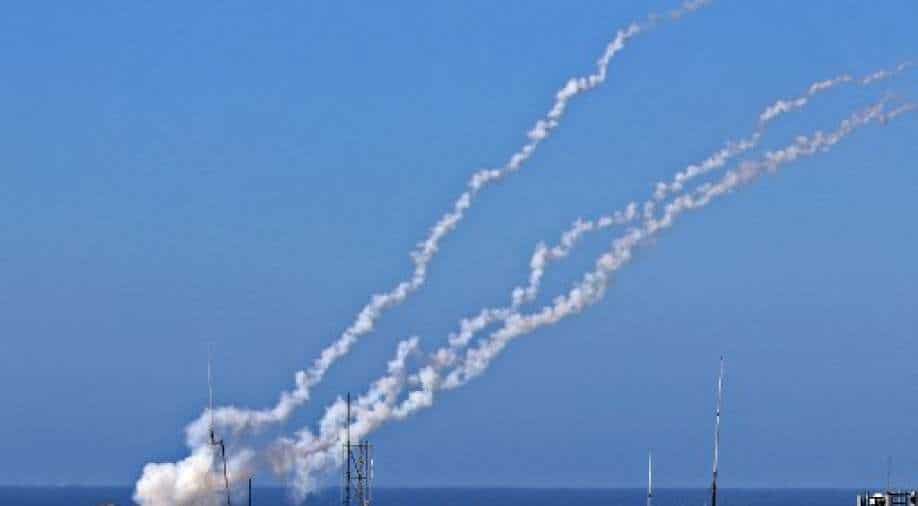 Rockets being fired by Palestinian militants towards Israel, near Rafah in the southern Gaza Strip. Photograph:( AFP )

Rockets were fired from Lebanon earlier with Israel reportedly indicating that the latest rocket attacks were launched by Palestinian militant groups.

According to Israel's defence forces(IDF), four rockets were fired at northern Israel from Lebanon with one intercepted by the Iron Dome missile defence system and others hit open areas with no casualties reported.

The IDF said artillery cannons struck a number of "targets in Lebanese territory” in retaliation as sirens rang out in Israel’s north area.

Rockets were fired from Lebanon earlier with Israel reportedly indicating that the latest rocket attacks were launched by Palestinian militant groups.

The attacks occurred even as Israel continued its attack on Gaza with Hamas hitting back with more rocket attacks.

"The president conveyed to the prime minister that he expected a significant de-escalation today on the path to a ceasefire," the White House said.

Amid the fighting, German foreign minister Heiko Maas will travel to Israel including the Palestinian territories in a bid to end the attacks which have escalated since May 10.

"The political talks will focus on the current escalation in the Middle East and the international efforts to end the violence," the German foreign ministry said.