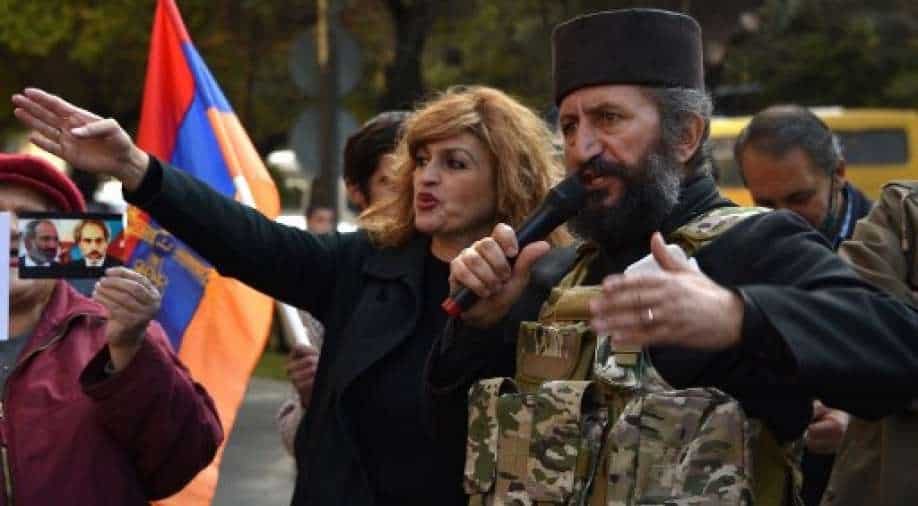 Russia is expected to deploy armoured personnel carriers as well in an attempt to enforce peace in the region beset with war between  Armenia and Azerbaijan.

Russian military said that its peacekeepers have been deployed in the Nagorno-Karabakh region after a peace agreement was reached between Armenia and Azerbaijan.

According to Russia, 400 military personnel arrived in Armenia with peacekeepers in control of the Lachin corridor. Russia is expected to deploy armoured personnel carriers as well in an attempt to enforce peace in the region beset with war between  Armenia and Azerbaijan.

The peace push comes as demonstrators took to streets in capital Yerevan against PM Pashinyan's decision to sign the peace deal with Azerbaijan. Pashinyan had said earlier that the deal was "unspeakably painful for me and for our people".

The peace deal ended over six weeks of war with 1,400 dead and several displaced. The two sides earlier reached a peace agreement in Moscow but it fell soon after as the two sides opened fire on each other.

Under the new agreement, Azerbaijan will retain control over areas seized in the fighting including Shusha which is a key town. Armenia on the other hand has agreed to a timetable to withdraw from large parts of Nagorno-Karabakh.

The peace deal is being seen as a clear gain for Azerbaijan even as protests broke out in Armenia.

The Nagorno-Karabakh region has been a bone of contention between Armenia and Azerbaijan since 1994 after the breakup of the former Soviet Union in the early 90s.