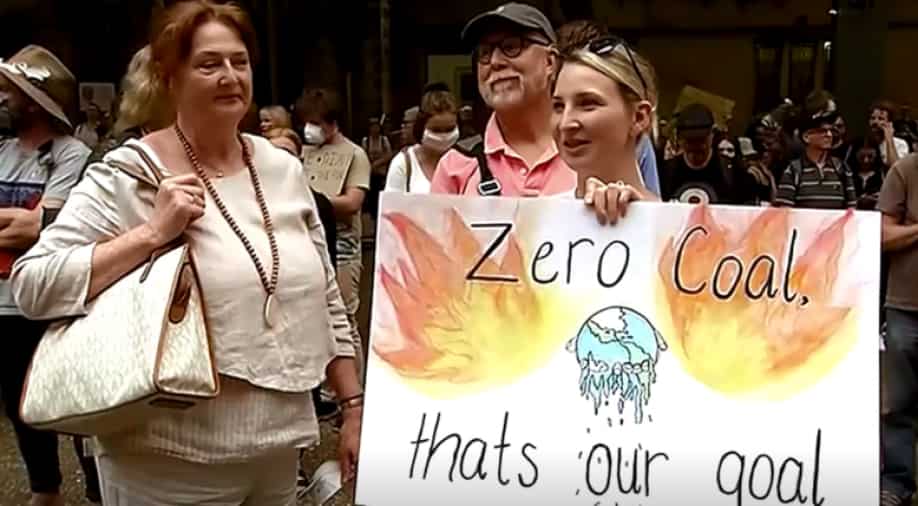 Several hundred bushfires has been out of control since September in the country with Sydney blanketed in thick smoke for the past several weeks.

Thousands gathered at Sydney's town hall on Wednesday to protest against problems caused by fires and haze in Australia's biggest city.

Australia's fires have killed at least four people since November, burnt about 2.5 million acres (1 million hectares) of farmland and bush and destroyed more than 400 homes.

Several hundred bushfires has been out of control since September in the country with Sydney blanketed in thick smoke for the past several weeks.

the New South Wales Department of environment declaring bushfires and dust had caused "some of the highest air pollution ever seen" in Australia. The hazardous smoke led authorities to tell residents in Sydney to stay home amid rising public anger over the state of pollution.

Last month, toxic smoke combined with strong winds has led to burning across New South Wales and Queensland states for several days as people in Sydney choked under heavy pollution.

An estimated 15,000 climate activists took to the streets in Sydney to voice their anger at the government's reported inability to address the issue.

Australia has pledged to cut carbon emissions by 26% from 2005 levels by 2030, but recent data shows emissions are unchanged