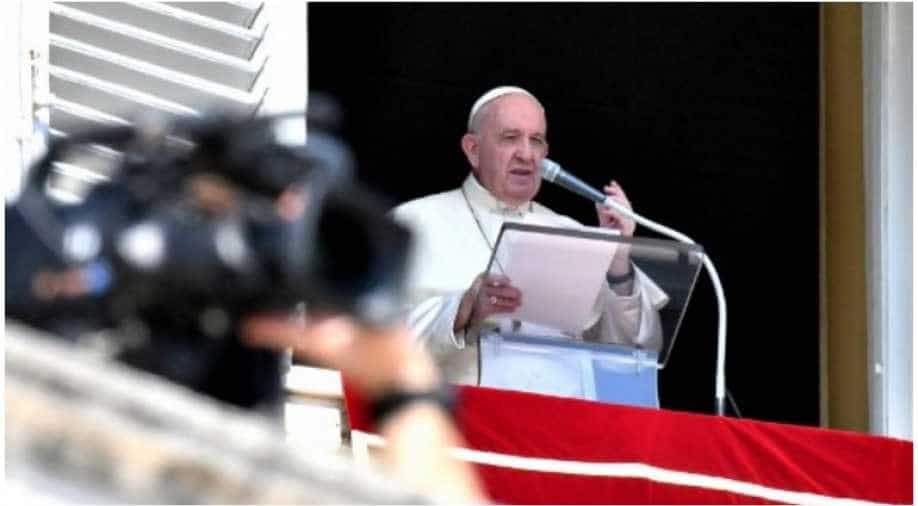 Pope Francis addresses worshippers from the window of the Apostolic Palace overlooking St Peter's Square on September 13, 2020 at the Vatican Photograph:( AFP )

The Pope has previously also spoken about anti-racism protests in the US.

Pope Francis on Sunday urdged political leaders to pay heed to what protesters in Belarus were saying. The Pope did not mention Belarus explicitly but his comments have come just as Vatican Foreign Minister Archbishop Paul Gallagher travelled to Belarus to meet civil authorities and minister. The appeal by the Pope is hence being seen in connection with Belarus protests.

Pope Francis made his appeal during his noontime prayer on Sunday.

In addition to urging leaders to listen to protesters, the Pope appealed protesters to make their demands in a peaceful manner and "without falling into temptation of" aggression and violence. He urged Belarus authorities to respect human rights and civil liberties.

The Pope has previously also spoken about anti-racism protests in the US.

Protests have rocked Belarus ever since presidential elections in August declared Belarus President Alexander Lukashenko a winner. This will be Lukashenko's 6th term as the president. He has been ruling for last 26 years.

Although Pope Francis spoke out in favour of the protesters, it is unlikely that a stronger statement will be forthcoming as Catholic Church is still trying to mend its ways with Orthodox Church that holds religious sway in Belarus and Russia.

Protests in Belarus show no signs of stopping anytime soon. On Saturday, about 10,000 women marched through the capital Minsk demanding resignation from Lukashenko.