Belarus women march was not funded from abroad, says Opposition 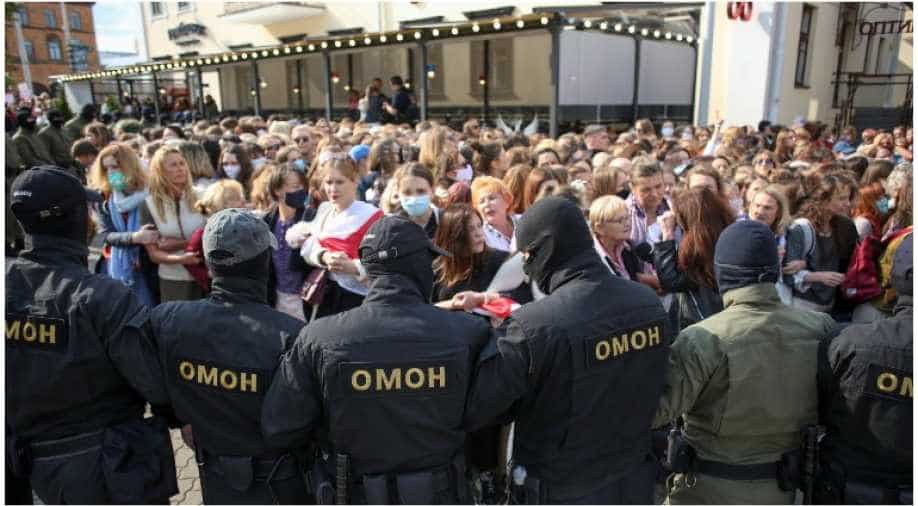 Belarusian opposition-led Coordination Council refuted claims that the all-women march in the capital Minsk was funded from abroad. The Belarusian national TV earlier released a story claiming that a company by the name of PandaDoc was soliciting funds from the US State Department for opposition rallies and specifically all-women rallies.

A few PandaDoc senior staff in Belarus were arrested and faced with criminal persecution on fraud charges after CEO Mikita Mikado vowed support to the pro-opposition protests and offered assistance to officers who chose to quit the law enforcement.

"The female protest movement in Belarus exists thanks to the strength, courage and political will of women in Belarus and does not receive funding from outside Belarus," the Coordination Council`s female arm said in a statement.

The women's march on Saturday comprised of about 10,000 women who marched through Minsk demanding resignation of president Alexander Lukashenko.

Huge protests broke out in Belarus since last month after presidential election on August 9 declared incumbent president Lukashenko victorious. This victory saw Lukashenko getting re-elected for a sixth term.

Although election authorities claimed that Lukashenko secured over 80 per cent of the vote, the Opposition insists that Svetlana Tikhanovskaya, an Opposition candidate, won the election.

More than 6,700 people were detained during the initial phase of the protest. According to the Belarusian Interior Ministry, three people died and several hundred others sustained injuries during that period, including more than 130 security officers.The Coordination Council was established on August 14 with the goal to carry out a peaceful transition of power.