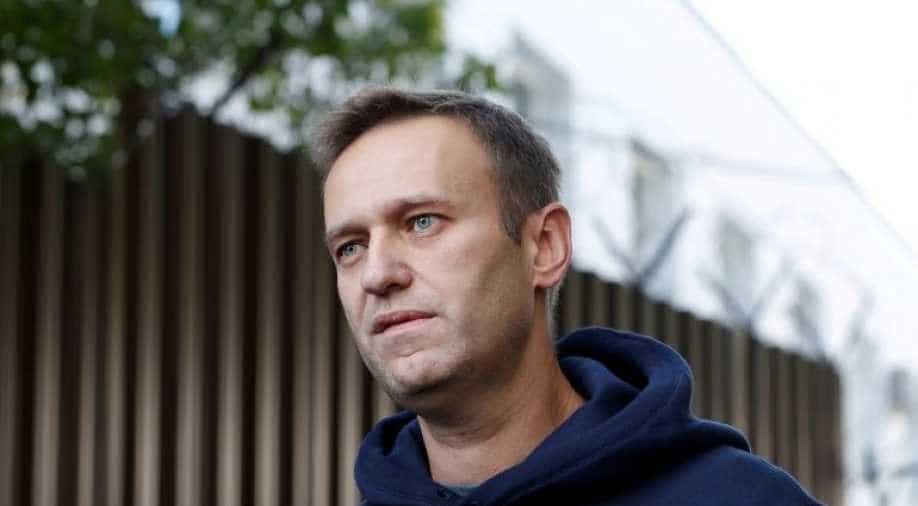 Alexei Navalny, the fierce Kremlin critic who was poisoned with a Soviet-era nerve agent Novichok, and has since recovered called on the European Union to initiate action against oligarchs that are close to Russian administration

Alexei Navalny, the fierce Kremlin critic who was poisoned with a Soviet-era nerve agent Novichok, and has since recovered called on the European Union to initiate action against oligarchs that are close to Russian administration.

Navalny is currently recovering in Germany, where he was treated, and where suspicions of poisoning were confirmed.

Germany recently said that the EU will soon carve out a plan to deal with Navalny’s poisoning. The critic of Russia’s government was reportedly poisoned with a new variant hailing from the Novichok group of toxins.

Many countries, especially from the West have warned Russia of sanctions if they don’t assist in investigations. Many have also alleged the role of Russian administration in Navalny’s poisoning.

"Sanctions against the whole country don't work. The most important thing is to impose entry bans on profiteers of the regime and freeze their assets," Navalny told German newspaper Bild. "They embezzle money, steal billions and at the weekend they fly to Berlin or London, buy expensive apartments and sit in cafes," he added.

He suggested Valery Gergiev, the chief conductor of the Munich Philharmonic as the target for potential sanctions, for he was a staunch supporter of Putin. The EU could freeze the assets and enforce travel bans on Russians that may be involved in Navalny’s poisoning.

Also read: Germany and allies call out Russia for answers on Navalny poisoning

Germany could go as far as halting the Nord Stream 2 pipeline, which is currently under construction to transport gas from Russia to Germany. Navalny was flown to Berlin after falling sick during a flight in Siberia on August 20. Now, he wants to return to Russia.

"There is not even an attempt to make it look like they are investigating”, Navalny told Bild while referring to Russia’s investigations.