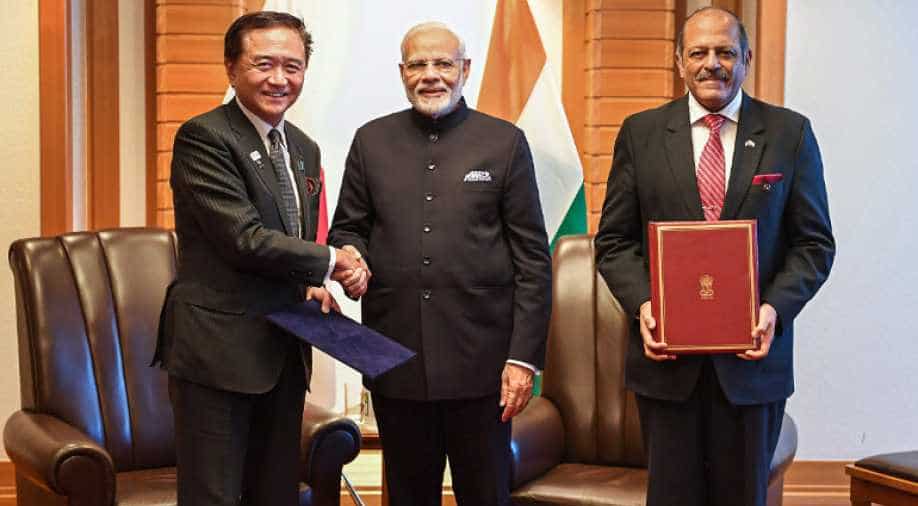 During the meeting, the two leaders discussed a range of bilateral, regional and global issues including the situation in the Indo-Pacific region.

Addressing the businessmen, the PM said: "I would also like to invite all of you to speed up investment in India. I assure you that you will be given all possible assistance to help in strengthening trade relations between India and Japan."

The PM added that India was fast moving towards Industry 4.0 powered by AI, IoT, 3D Printing and Robotics.

Modi also addressed the Indian community in Japan in order to strengthen ties with the expat community and interacted with Japanese entrepreneurs. Modi also met with the governor of Shizuoka province of Japan Heita Kawakatsu.

India's ministry of Ayush signed a MoU with  Kanagawa prefecture to boost healthcare and wellness.