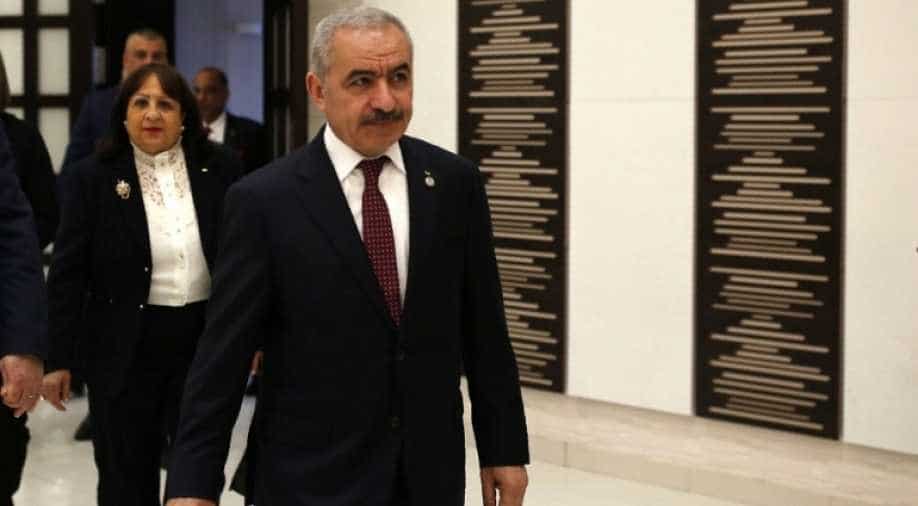 Trump is expected to unveil his 'peace plan' for the Middle East after hosting Netanyahu on Monday in Washington.

"This a plan to protect Trump from impeachment and protect Israeli Prime Minister Benjamin Netanyahu from prison. It is not a Middle East peace plan," Shtayyeh told a cabinet meeting.

"This plan gives Israel sovereignty over Palestinian territory," he said.

Also read: Palestinians in financial crisis after Israel, US moves

Trump is expected to unveil his "peace plan" for the Middle East after hosting Monday in Washington Netanyahu and his political rival Benny Gantz.

It comes as Trump is facing an impeachment trial in the Senate while Netanyahu, who is facing indictment over corruption allegations, will contest an election next month which Gantz is hoping to win.

Watch: Netanyahu of Israel leaves for Washington saying 'would make history with Trump'

"We call on the international community to not be partners in this because it contravenes international law," Shtayyeh told the Palestinian cabinet.

"The rights of the Palestinian people are not for sale."

The Palestinians have not been invited to Washington, having cut all ties with the Trump administration over its pro-Israel stance.

The plan is widely expected to be the most favourable towards Israel ever proposed by the United States, with alleged leaks denied by Trump suggesting it could declare settlements in the occupied West Bank legal.

The US proposal could also pull back from the creation of a Palestinian state with east Jerusalem as its capital after Trump in 2018 recognised Jerusalem as Israel's capital.

While the US and Israel are likely to be supportive of the plan, the reaction of international powers could be key.

Two European diplomats said that the European Union was working on a statement reaffirming its support for the two-state solution along the traditional lines.

Shtayyeh said president Mahmud Abbas would call a meeting of the Palestinian leadership to discuss the best ways to respond to the plan.

In Gaza, on Monday a few hundred Palestinians protested against the Trump plan, which Palestinians ironically call the "Deal of the Century".