Palestinians in financial crisis after Israel, US moves 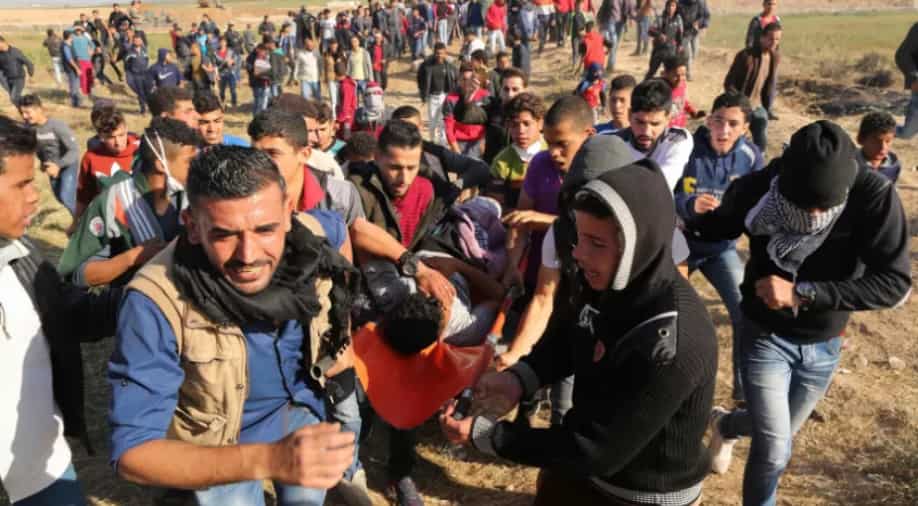 The United States has cut more than $500 million in Palestinian aid in the last year, though only a fraction of that went directly to the PA.

The Palestinian Authority faces a suffocating financial crisis after deep US aid cuts and an Israeli move to withhold tax transfers, sparking fears for the stability of the West Bank.

The authority, headed by President Mahmud Abbas, announced a package of emergency measures on March 10, including halving the salaries of many civil servants.

The United States has cut more than $500 million in Palestinian aid in the last year, though only a fraction of that went directly to the PA.

The PA has decided to refuse what little US aid remains on offer for fear of civil suits under new legislation passed by Congress.

Israel has also announced it intends to deduct around $10 million a month in taxes it collects for the PA in a dispute over payments to the families of prisoners in Israeli jails.

In response, Abbas has refused to receive any funds at all, labelling the Israeli reductions theft.

That will leave his government with a monthly shortfall of around $190 million for the length of the crisis.

The money makes up more than 50 per cent of the PA's monthly revenues, with other funds coming from local taxes and foreign aid.

While the impact of the cuts is still being assessed, analysts fear it could affect the stability of the occupied West Bank.

"If the economic situation remains so difficult and the PA is unable to pay salaries and provide services, in addition to continuing (Israeli) settlement expansion it will lead to an explosion," political analyst Jihad Harb said.

Abbas cut off relations with the US administration after President Donald Trump declared the disputed city of Jerusalem Israel's capital in December 2017.

The right-wing Israeli government, strongly backed by the US, has since sought to squeeze Abbas.

After a deadly anti-Israeli attack last month, Prime Minister Benjamin Netanyahu said he would withhold $138 million (123 million euros) in Palestinian revenues over the course of a year.

Israel collects around $190 million a month in customs duties levied on goods destined for Palestinian markets that transit through its ports, and then transfers the money to the PA.

Israel said the amount it intended to withhold was equal to what is paid by the PA to the families of prisoners, or prisoners themselves, jailed for attacks on Israelis last year.

Many Palestinians view prisoners and those killed while carrying out attacks as heroes of the fight against Israeli occupation.

The PA also said in January it would refuse all further US government aid for fear of lawsuits under new US legislation targeting alleged support for "terrorism".

Finance Minister Shukri Bishara announced earlier this month he had been forced to "adopt an emergency budget that includes restricted austerity measures."

Government employees paid over 2,000 shekels ($555) will receive only half their salaries until further notice.

The PA undertook similar financial measures in 2012 when Israel withheld taxes over Palestinian efforts to gain international recognition at the United Nations.

Abdel Karim said such crises are "repeated and disappear according to the development of the relationship between the Palestinian Authority and Israel or the countries that support (the PA)."

Israel occupied the Gaza Strip and the West Bank, including now annexed east Jerusalem in the Six-Day War of 1967 and Abbas's government has only limited autonomy in West Bank towns and cities.

"The problem is the lack of cash," economic journalist Jafar Sadaqa told AFP.

He said that while the PA had faced financial crises before, "this time is different because it comes as a cumulative result of political decisions taken by the United States."

Abbas appointed longtime ally Mohammad Shtayyeh as prime minister on March 10 to head a new government to oversee the crisis.

Abdel Karim believes the crisis could worsen after an Israeli general election next month "if a more right-wing Israeli government wins."

Netanyahu's outgoing government is already regarded as the most right-wing in Israel's history but on April 9 parties even further to the right have a realistic chance of winning seats in parliament for the first time.

Israeli-Palestinian peace efforts have been at a standstill since 2014, when a drive for a deal by the administration of President Barack Obama collapsed in the face of persistent Israeli settlement expansion in the West Bank.