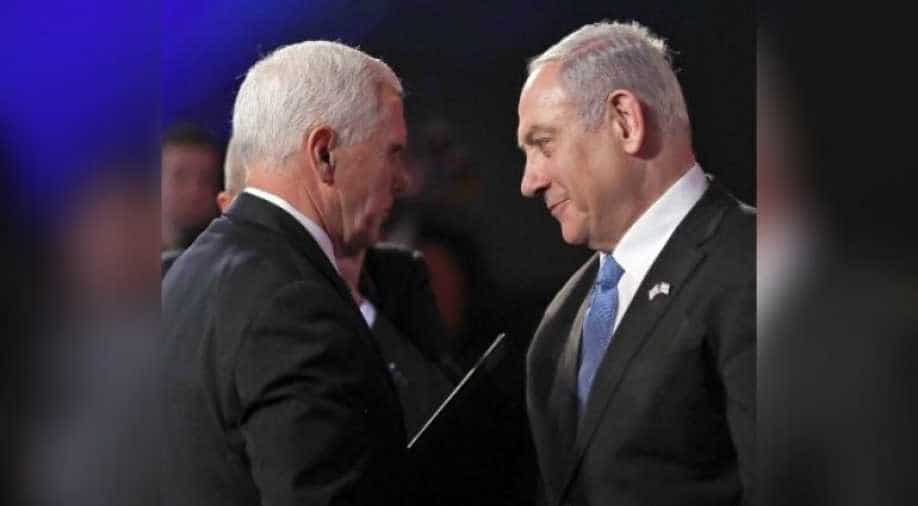 "We're contending. He's unstoppable, like somebody else I know." were the words Mr Pence used.

In a conversation with Israeli Prime Minister Benjamin Netanyahu at the World Holocaust Forum in Jerusalem, US Vice President Mike Pence was caught on mic using the term "unstoppable" to describe Donald Trump.

"We're contending. He's unstoppable, like somebody else I know," the US vice president said in a chat with PM Netanyahu which was picked up by a camera team nearby.

His comments precede hours of damning remarks from the US President's impeachment trial, where the prosecution is deliberating the evidence against the US president of abusing the power of his office.

Pence and Netanyahu had gathered with other world leaders in Jerusalem to attend a memorial to commemorate the 75th anniversary of the liberation of the Auschwitz-Birkenau death camps in Nazi-occupied Poland.

The US vice president said that the meeting with Netanyahu will "continue discussions about a broad range of issues of mutual concern between the United States and Israel, but also about the prospect of peace." Netanyahu intends to discuss his plans with Trump "on how to advance peace and to work closely with him to advance that goal".

Netanyahu's political rival, Benjamin Gantz has stated that he will consider making territorial concessions to Palestinians but is yet to commit recognising statehood.

Netanyahu stated that Gantz's inclusive approach is an effort to achieve "broad consensus in the efforts to achieve security and peace ... for the state of Israel."