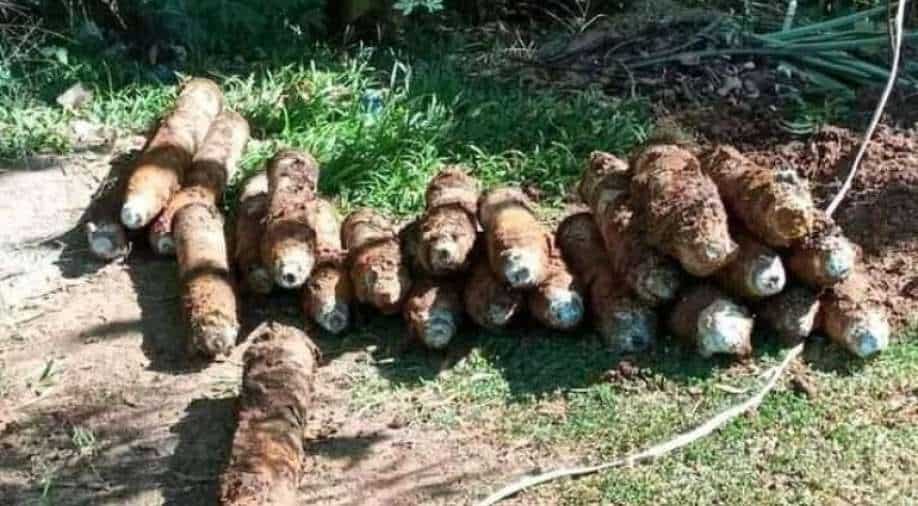 Over 100 unexploded bombs from World War II were recently discovered in the backyard of a home in Honiara, the capital of Solomon Islands situated in the South Pacific. The 101 bombs are unexploded ordnances (UXO) which are explosives that did not detonate during the intended period and still pose risks wherever found.

This massive batch was discovered by a man who was digging a hole for a new septic system at his property situated in a residential enclave.

Soon after the discovery, the Royal Solomon Islands Police Force (RSIPF) dispatched the Explosive Ordnance Disposal (EOD) squad. The 101 US 105 millimetre High Explosive Projectiles were safely recovered from the site.

The number of unexploded WWII bombs found around Honiara, Solomon Islands is alarming. Imagine discovering 32 live bombs while excavating land for a new home.
Its time the US/Japan and their allies take serious note of this. Innocent lives are being lost here. pic.twitter.com/biPIMFWEEM

According to the police, the bombs are being secured and will then be defused. The Guardian reported that EOD Inspector Clifford Tunuki warned Solomon Islanders against building on land which may possess a high level of UXO deposits. They have urged residents to get clearance from relevant companies before commencing work.

During World War II, thousands of bombs were dropped on the Pacific Islands including territories like Solomon Islands, Papua New Guinea and Palau. Most of these bombs did not explode.

When the war ended, allied countries were urged to dispose of the UXO. Many countries undertook the activity, but not all UXO could be cleared. Earlier in May, two people died when a World War II exploded in a residential area in Honiara.

In 2020, an Australian man and his colleague from Britain who were working on a project to track munitions died in Solomon Islands when an explosive detonated in Honiara, a residential area.