Opinion: What to expect from a post-Castro Cuba 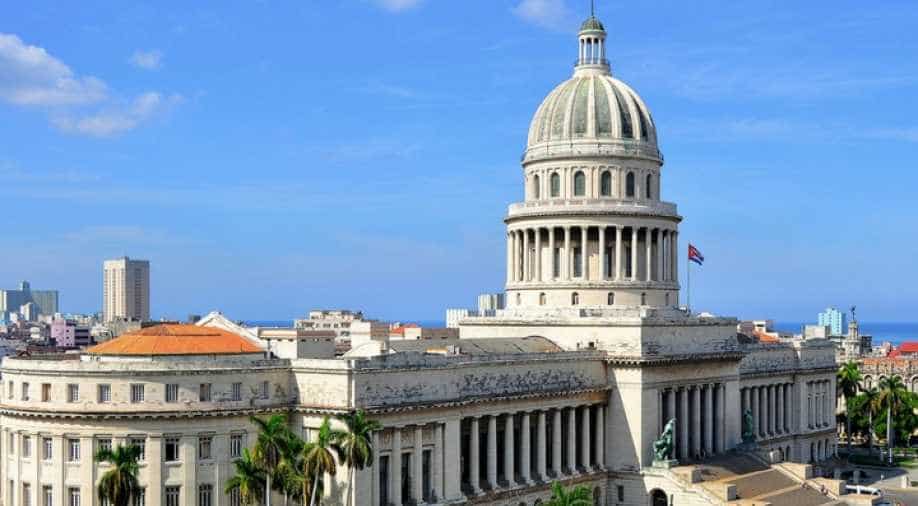 Cuba has a new leader, Miguel Diaz-Canel. But former President Raul Castro remains in a position of control over the key drivers of the country’s economy.

For the first time in almost 60 years, a Castro is no longer Cuba’s head of state. On April 19, Miguel Diaz-Canel was sworn in as Cuba’s president, elevated from his previous role as first vice president.

He has promised to modernize the country’s social and economic model, including dismantling its dual-currency system and leveraging the internet for greater good, but he also committed to retaining its socialist trappings.

However, many Cubans are skeptical of how much good Diaz-Canel could bring them and, in fact, are worried about making ends meet in the new regime, according to experts who spoke to Knowledge@Wharton.

Diaz-Canel has limited powers because his predecessor Raul Castro will continue to head the Communist Party of Cuba and control the military that runs much of the country’s businesses.

Raul Castro fought with his brother Fidel in the revolution that swept them into power in 1959 and served as Cuba’s president for a decade after Fidel Castro stepped down in 2008.

Among the other challenges that Diaz-Canel will face is an increasingly complicated relationship with the US, as the Trump administration has moved to roll back Obama-era policies that promoted renewed relations and business engagement with the island nation.

More of the same

“While there is a change of leadership in name, there may not be that much of a change in philosophy,” said Gustavo Arnavat, a senior adviser at the Center for Strategic and International Studies in Washington, DC, and a former Obama administration official who represented the US at the Inter-American Development Bank.

Arnavat noted that Diaz-Canel has stressed that continuity will be the theme for the transition. “Things will continue in the same direction as laid out by Raul Castro in the last 10 years or so,” he said. “There is no great optimism that Miguel Diaz-Canel is going to be a major reformer who will [bring] a new day of liberties — both commercial as well as political — on the island.”

Diaz-Canel’s ascension as president is not exactly “a major event,” but he will be the face of many economic changes that will “impoverish Cubans,” according to Lillian Guerra, professor of Cuban and Caribbean history at the University of Florida. “It represents an effort on the part of Raul to shift blame for a number of policy changes that are coming down the pike that will be tremendously unpopular,” she said. “This is a strategic move and a pragmatic move, [but] it is not a shift towards liberalization. On the contrary, it is an effort to ensure continuity and stability.”

Cuba has undergone numerous transitions over the last 25 years, including the end of the Soviet bloc, Fidel Castro’s illness, his transfer of power to Raul and his subsequent death in 2016, noted Richard Gioioso, professor and director of the Latin American studies program at Saint Joseph’s University in Philadelphia. “The system has proven itself to be adaptable and resilient,” he said. “I’m not convinced that leadership will really change since Raul will sit atop the Communist Party.”

Arnavat, Guerra and Gioioso discussed the challenges facing Diaz-Canel and Cubans on the Knowledge@Wharton show on SiriusXM channel 111.

Diaz-Canel inherits all of the challenges that Raul Castro was facing, such as a stagnant economy and unhappiness among Cubans over their standard of living, Arnavat noted. “They are expecting structural reforms that will allow them to have better lives,” he said.

Guerra highlighted two major changes that will hit Cubans hard in the Diaz-Canel presidency. One is the end of the dual-currency system, which “will impoverish Cubans even further because those items and goods sold in pesos, which is what they get paid in, will now be sold in dollars,” she said.

The other is Diaz-Canel giving effect to Raul Castro’s threat since 2011 to end the ration system that enables Cubans to get subsidized bread, rice and other food items. “Most Cubans get most of their calories from the rations they have been getting since 1962,” although it has been “highly diminished” over the years as the government discontinued rations for several food items, Guerra said. “Cubans have been terrified of this process. Diaz-Canel will be the face of that.”

The Cuban state has wrestled with the rise of the entrepreneurial class in the country after 1992 when it first allowed people to be self-employed because the state couldn’t provide full employment, said Guerra. “The Cuban state has seen the entrepreneurial sector as its primary rival for the tourist dollar but also as a competitor for control of public discourse,” she added.

In 2017, Raul Castro also attempted to rein in the entrepreneurial class by declaring a moratorium on further licensing for self-employed workers. “He declared it had been an error to expand [the entrepreneurial] sector to the degree that it had,” Guerra noted. Cuba’s parliament last July passed updated economic guidelines that said a “concentration of property and financial and material wealth” wouldn’t be permitted in the non-state sector, the Miami Herald reported.

Expanded internet access helped grow the entrepreneurial class, especially in tourism with the growth of Airbnb and bed-and-breakfast businesses. But the state also saw it as a threat, Guerra explained. Raul Castro has responded by threatening to “increasingly police the internet, and shut down bloggers,” she said. “He would do whatever it took — in fact, he used the word censorship — to ensure that there would be control of information.”

The end of the dual currency system will also hurt Cuba’s real estate market, and that is also a matter of concern for many Cubans, said Gioioso. Investors including Cuban Americans in South Florida and elsewhere in the US, in addition to Cubans living in Spain and Mexico, have thronged Cuba’s real estate markets, and “a significant amount of [that] foreign investment is through irregular ways,” he added. Without the dual currency system, much of the foreign investment that was possible through the dollar-linked CUC will face constraints, he said.

A crackdown on errant real estate market practices could hurt some powerful interest groups, too. Guerra said that after Cuba legalized real estate sales in November 2011, remittances from Cubans living overseas jumped, and currently account for more than a billion dollars annually. Much of that money found its way into real estate purchases.

Cuba’s generals and CEOs of state corporations that work with foreign investors also invested in real estate because “they needed someplace to put their millions,” she added. “At all levels, this appears very much like a traditional military dictatorship. So, there is a lot to be worried about here.”

Resetting ties with the US

Diaz-Canel will also have to think of new ways to engage with the Trump administration, said Arnavat. “If he wants to have a better relationship with the U.S., he has to figure out a way to give something to Donald Trump that will be of interest in order for Trump to be able to open up again and want to do a deal with Cuba.”

The Trump administration’s rhetoric over unwinding Obama’s pro-Cuba gestures has not been matched with action, apart from a few rollbacks. Some 80-90% of the more liberal regulations introduced under Barack Obama remain in place, said Arnavat.

Gioioso said the Obama administration brought optimism among Cubans about how openness with the US would create better bilateral relations and increase tourism revenues to Cuba.

However, Trump’s rollback of some of the Obama-era normalization policies “creates more confusion than anything else,” and the outlook on that front will depend on how the Trump administration articulates its Cuba policy, he added.

Diaz-Canel’s ability to correct any of Cuba’s woes is limited. Guerra noted that as head of the army, Raul Castro is also CEO of GAESA, the army’s business conglomerate. GAESA controls roughly 60% of the country’s economy through its various arms, including the Gaviota hotel chain and TRD, the military retail chain.

“These are state companies that work with foreign investors in a neo-liberal trade regime of assembly plants and free trade zones on the island that take advantage of poor and very cheap labor,” Guerra said. “And they also rake in billions of dollars in tourism. The real power resides in who controls the economy and who controls the military, and that remains Raul Castro.”