Now monolith found on English island, similar to ones in Romania, US 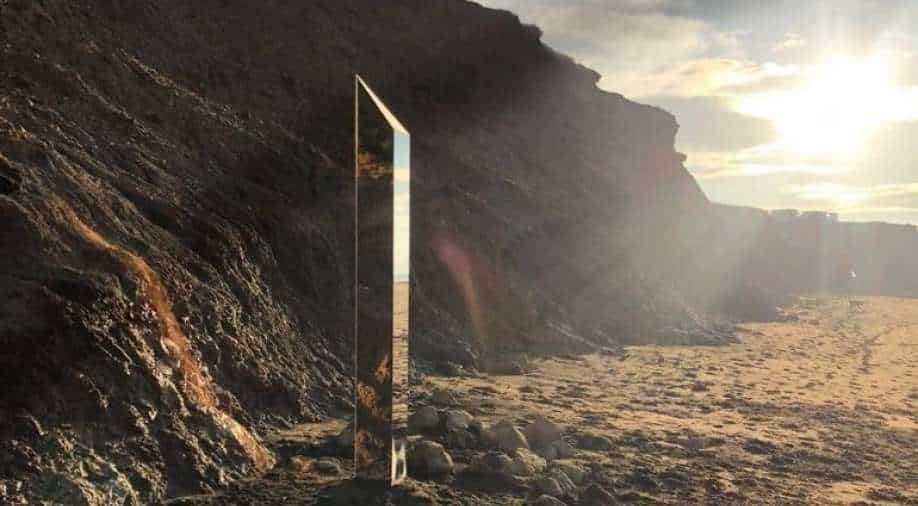 Tom Dunford went for a walk with his dog, fiancee and sister on Sunday morning when he saw the mysterious mirrored object in front of them

A monolith has been found on the Isle of Wight in England which is similar to the ones discovered in the United States and Romania.

Tom Dunford went for a walk with his dog, fiancee and sister on Sunday morning when he saw the mysterious mirrored object in front of them on the island's Compton Beach.

"We went down the steps and to the right about 100 yards in front us we saw this big reflection of the sun," the 29-year-old told Sky News.

"I knew about all the monolith stories recently, so I recognised it straight away."

In last one week, four such structures were identified in the Utah desert, on a hill in Romania and atop a Californian mountain.

Dunford said that the monolith seen by him was 10 ft tall and "really reflective".

"The person who put it there knows what they're doing. It's really reflective. It's someone playing a practical joke, I don't believe in any of these conspiracy theories," he added.

As soon as the news of the monolith on the island spread, several people gathered to see the object.

"There's been quite a few people flocking down to see it today," Dunford said.

"It's something a bit different and interesting to happen at this time of year."