No General Assembly resolution will drive us out of Jerusalem: Israel 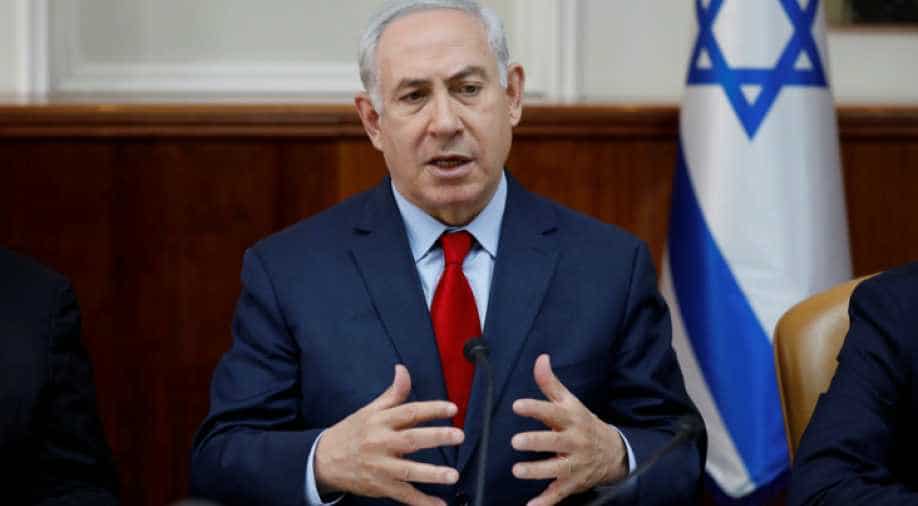 Addressing the Munich event for the first time, Netanyahu urged gathered US and European officials and diplomats to counter Iran immediately Photograph:( Reuters )

As 128 nations defied the Trump administration and approved a motion rejecting the US decision to recognize Jerusalem as Israel's capital, Israel's envoy to the United Nations said no General Assembly resolution "will ever drive us from Jerusalem".

"But I do appreciate the fact that a growing number of countries refused to participate in this theatre of the absurd. So I appreciate it,"  Netanyahu added.

US ambassador Nikki Haley slammed the UN members asserting "the United States will remember this day".

"This vote will make a difference on how Americans look at the UN and on how we look at countries who disrespect us in the UN," Haley told the UN General Assembly.

Majority of 193 members rejected the UN move to recognize Jerusalem despite President Trump's threat to cut financial ties with member countries against the US move. There were 35 countries which abstained from voting.

Senior member of the Palestine Liberation Organization(PLO) Hanan Ashrawi backing the UN move said: "I am extremely encouraged that the vast majority of member states at the UN General Assembly did not succumb to American threats and blackmail."

"128 countries told the US and Israel that what they are doing is wrong and unacceptable and they voted for Jerusalem, they did not accept the Israeli insults being hurled at them," Ashrawi said.

Ashrawi added that her organization will now pursue full UN membership including in other international organizations.