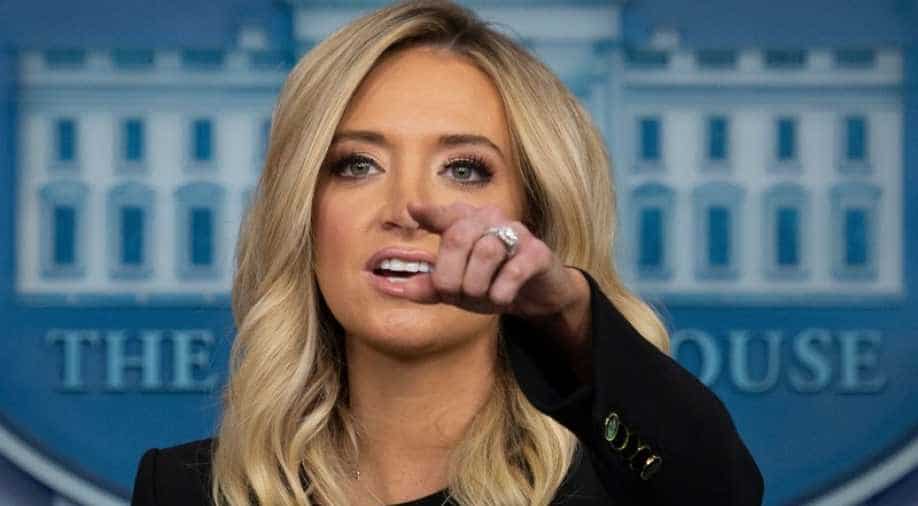 In 2015, McEnany was particularly critical of statements Trump made while announcing his campaign, in which he said Mexico was sending immigrants to the US who were "rapists" and bringing drugs and crime to the country.

This is quite a game, politics. There are no permanent enemies, and no permanent friends, only permanent interests, they said. Or so is proved by the political stalwarts world over.

Kayleigh McEnany, who recently took over the mantle of the White House press secretary, was once a harsh critic of then-candidate Donald Trump.

After Trump was elected, McEnany served as a spokeswoman for the Republican National Committee and the Trump re-election campaign, before being named White House press secretary in early April.

McEnany has turned into a fierce advocate for him, though her erstwhile vocabulary included calling comments Trump made about Mexican immigrants in 2015 "racist."

In 2015, McEnany was particularly critical of statements Trump made while announcing his campaign, in which he said Mexico was sending immigrants to the US who were "rapists" and bringing drugs and crime to the country.

"To me, a racist statement is a racist statement. I don't like what Donald Trump said," she said in an exchange on CNN in late June 2015. She even compared his remarks to comments about Jewish people made by the Rev. Al Sharpton in the 1990s, adding Trump's comments were "derogatory" and as "equally hateful" as the latter's.

A day later on CNN, McEnany called Trump "a Republican in name only" who needed to apologise for his comments.

"That's the problem with Donald Trump is he can't apologize for his own statement. And not apologizing, he's losing credibility on what is a credible issue," she added.

McEnany's rhetoric on Trump began to shift by July 2015, as Trump continued to lead in primary polling.

In a July 8, 2015, appearance on Fox Business, McEnany defended Trump's comments about Mexicans by comparing him to comedian Amy Schumer after a Washington Post op-ed noted Schumer's jokes about Latino men being rapists were similar to Trump's rhetoric.

Speaking on HLN in October 2015, McEnany outright defended Trump's comments on Mexicans, saying they were taken out of context.