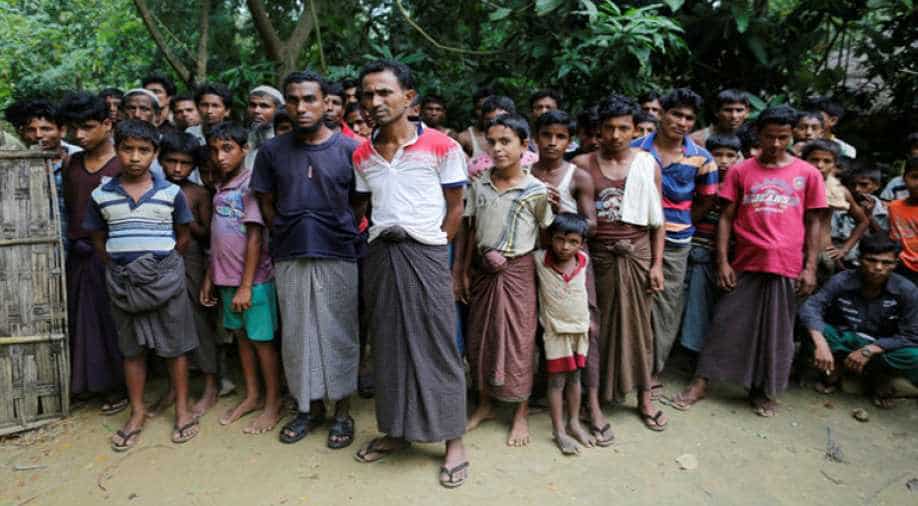 Nobel Peace Prize winner Suu Kyi today said that the government in Myanmar is responding to the delicate 'conflict' in the troubled northern state of Rakhine under rule of law, Reuters reported.

Referring to the conflict that has faced its worst violence since 2012 during her Japan visit, she said: "The problem in Rakhine state is extremely delicate and care is needed in responding," Suu Kyi was quoted as saying.

"The Myanmar government is responding to the issue of Rakhine state based on the principles of the rule of law."

During the Japan visit, that included a meeting with Japanese Prime Minister Shinzo Abe, she also met foreign minister Fumio Kishida, who said violence could not be permitted in dealing with the crisis, a foreign ministry statement said, Reuters reported.

Suu Kyi has faced mounting criticism abroad for her government's handling of a crisis in the Muslim-majority region, where soldiers have blocked access for aid workers and are accused of raping and killing civilians.

Meanwhile, a Reuters report said that Myanmar police will begin arming and training non-Muslim residents in the troubled north of Rakhine state.

According to officials, militants from the Rohingya Muslim group pose a growing security threat, police and civilian officials said.

Human rights monitors and a leader of the mostly stateless Rohingya told Reuters the move risked sharpening intercommunal tensions in the region.

Responding to coordinated attacks on three border posts on October 9 in which nine police officers were killed, soldiers have poured into the Maungdaw area along Myanmar's frontier with Bangladesh.